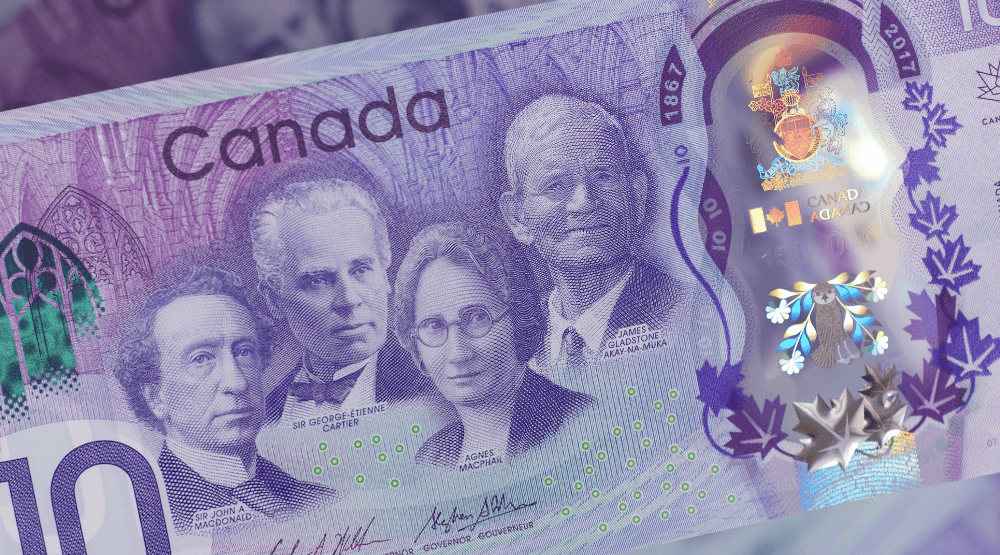 There’s a new bill on the block, thanks to the Bank of Canada (BoC).

Beginning June 1, a new $10 bill that’s meant to mark and celebrate the 150th anniversary of Confederation, will officially enter into circulation.

“This bank note is intended to captivate our imagination and instill pride in what we, as a nation, have accomplished,” said BoC Governor Stephen Poloz in a release.

“It celebrates the natural beauty and majesty of our land and some of the important parliamentarians who helped shape our great country.”

The front and back of the new bill has a number of new design features.

The design also incorporates Inuit and Metis cultural elements: a reproduction of the artwork Owl’s Bouquet by world-renowned Inuit artist Kenojuak Ashevak and the distinctive arrow sash pattern, a symbol of the Métis nation.

Five different landscapes representing the various regions of Canada are included in the design:

“Canada’s diversity is our greatest strength,” said Ministry of Finance  Parliamentary Secretary, Ginette Petitpas in a statement. “As we celebrate Canada 150 we are reminded of what makes us who we are—from our shared history, to our cultures and languages to the breathtaking natural beauty that is instantly recognized around the world.”

A total of 40 million commemorative $10 bank notes will be issued by the BoC.

The new notes will circulate alongside the current bill, but will not replace it.