Ahead of the 100th-year anniversary of the Komagata Maru incident in Vancouver, which began on May 23, 1914, Canada Post has unveiled a new stampthat commemorates one of the nation’s historical black spots.

The Komagata Maru, a Japanese steamship, arrived in Vancouver’s Burrard Inlet with 376 passengers, all British subjects, mostly Sikhs from Punjab, India. Under the era’s exclusionary immigration policies, the passengers were denied entry, and the ship was forced to return to India.

“This stamp commemorates an important – yet tragic ‒ moment in our history. Remembering this tragedy brings to light how Canada has transformed into a diverse and welcoming country,” says the Honourable Lisa Raitt, Minister of Transport and responsible for Canada Post.

“Canada Post’s stamps tell the stories of our history. But we don’t just commemorate our heroic events; our nation is also shaped by the failures of its past. Events like Komagata Maru have helped encourage Canadians to make it a priority to build a more free and welcoming society that today doesn’t just tolerate diversity, but thrives by it,” says Deepak Chopra, President and CEO, Canada Post. 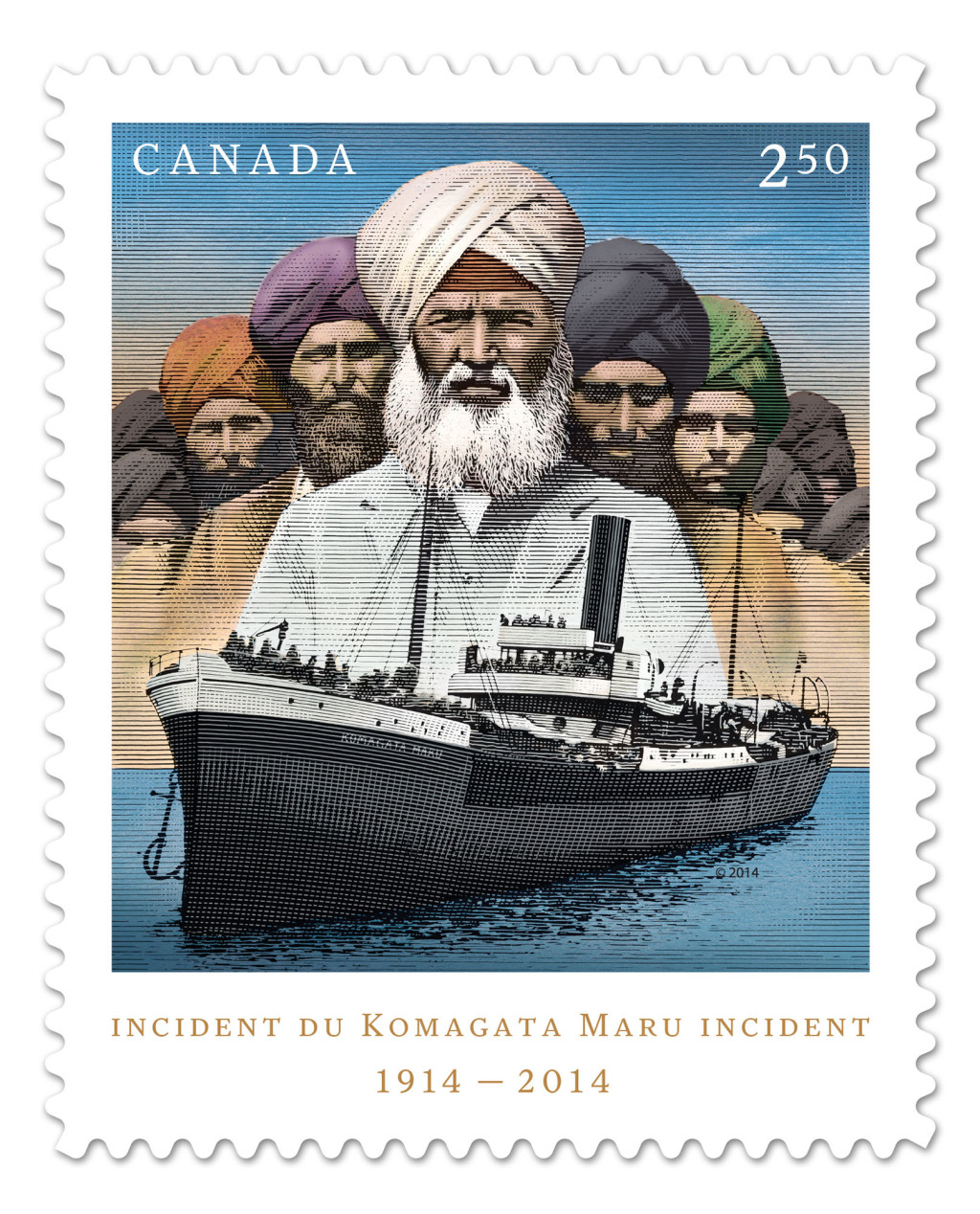 The Komagata Maru’s arrival challenged a 1908 regulation that denied entry to immigrants unless they had $200 and had made a “continuous journey” from their home country ‒ conditions that were nearly impossible for immigrants from India to meet.

Under the policy, only 20 returning residents, and the ship’s doctor and his family were allowed to enter. The remaining passengers were confined to the ship for two months, after which the ship was forced to sail back to India. Upon arriving in India, many on board were viewed as political agitators.

Twenty passengers were shot after disembarking while many others were imprisoned. The restrictive immigration policies that the passengers challenged were not repealed for 33 years.

In 2012, a memorial for the Komagata Maru incident was installed at Harbour Green Park, just west of the Vancouver Convention Centre – not far from where the ship sat for weeks before it returned to India.

In December 2013, a photo showing a man urinating on the memorial created a social media firestorm and an uproar in the South Asian community. A police investigation identified the man, however, charges nor a bylaw ticket were not pursued as the man was mentally ill and a drug addict. Criminal conviction was not possible as the incident did not meet the necessary criteria for a conviction.