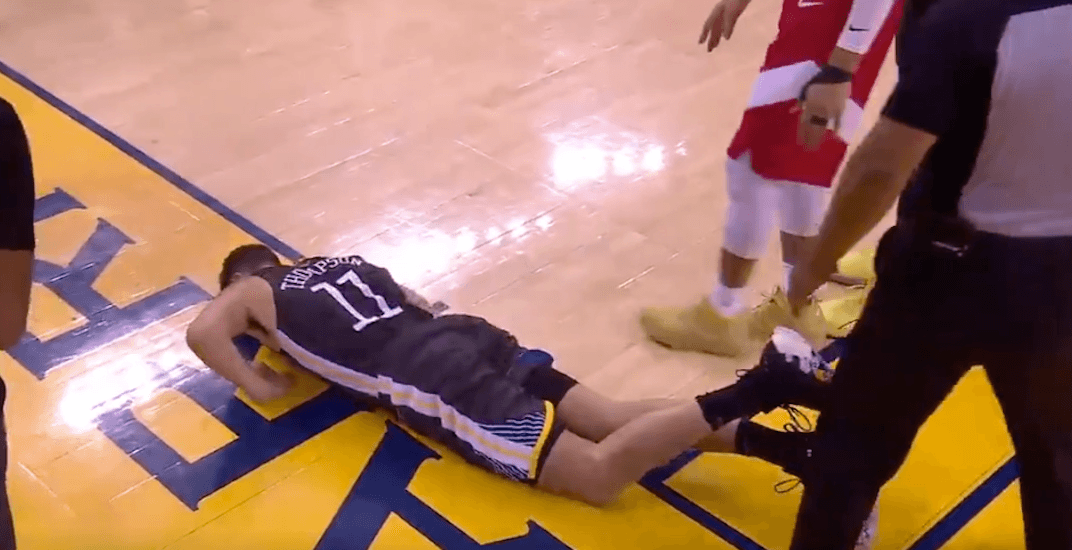 Klay goes down with an apparent leg injury, and all of Oracle holds its collective breath. pic.twitter.com/QGqNxvgYhY

Despite briefly returning to the game to shoot his free throws, Thompson was quickly subbed out and left for treatment. He will not return to the game.