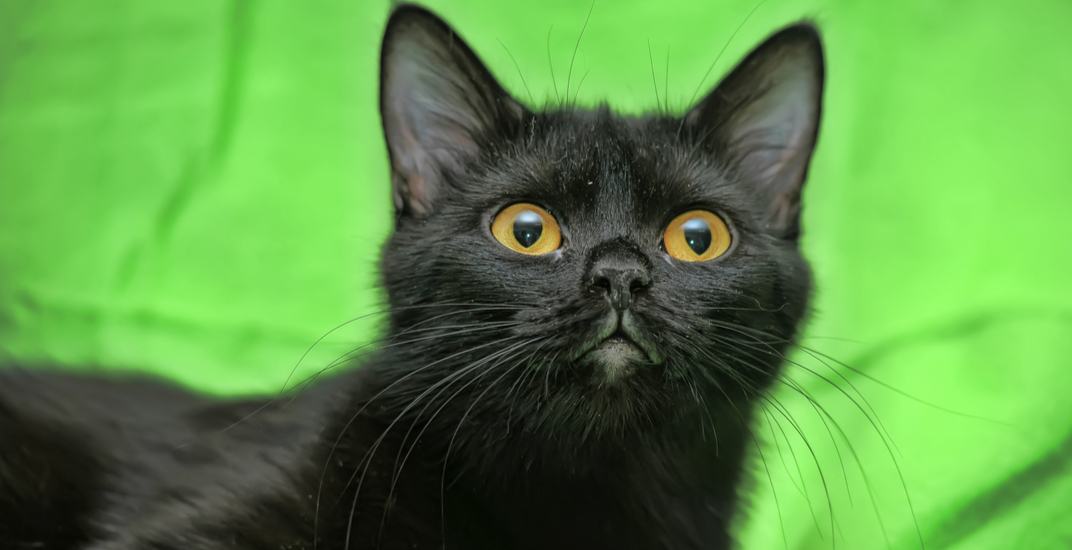 A black kitten similar to this one, was found abandoned on a rural road in Northern BC after being thrown from a vehicle. (Evdoha_spb / Shutterstock)

Officials with the BC SPCA North Peace Branch have an urgent plea for people who find themselves with unwanted kittens: Stop throwing them from vehicles.

In recent weeks, a total of six kittens have been thrown from vehicles and abandoned in the northern region of the province.

The latest victim of this action was a small, black kitten, who has been named Prairie Rose by her rescuers.

She was thrown from a vehicle and left for dead in a rural construction zone, which would have buried her alive.

Fortunately, a construction worker heard the kitten’s cries for help and rescued her.

She was then rushed to the vet.

The feline “suffered greatly after being thrown from the vehicle and is mending a broken pelvis,”said BC SPCA North Peace Branch manager Candace Buchamer. “She also suffered a prepubic tendon rupture that allowed her intestines to fall into her stomach cavity.”

Buchamer added that despite the “excruciating pain” Prairie Rose is in, “her ‘instapurr’ remains intact and she loves to get all the love you’re able to give.”

The surgery and medical costs related to Prairie Rose’s care are expected to exceed $2,000.

“We just want to re-iterate that throwing any animal from a vehicle and leaving it to suffer, in pain, is never an acceptable solution to unwanted pets or litters,” she said.

The BC SPCA and other rescue organizations will take unwanted animals “rather than see them treated so cruelly,” she added.

“These are totally preventable injuries and it just breaks our hearts,” said Buchamer. “We just want little Prairie Rose to have a chance at living a full and active life, hopefully with a loving family who will shower her with all the loves she needs.”