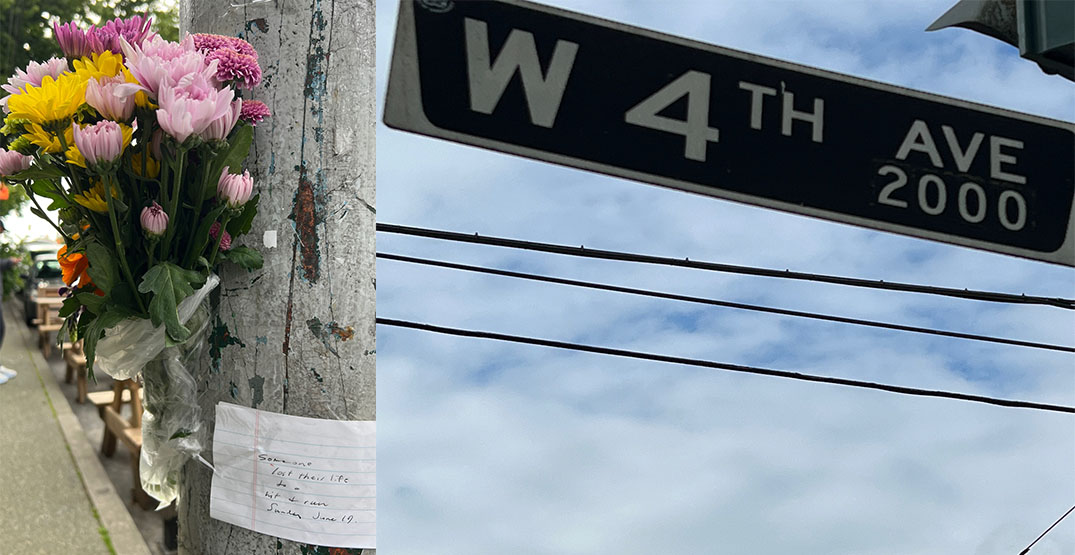 Flowers have been placed at 4th and Arbutus where the hit-and-run victim was killed. (Sukhwant Dhillon/AM 600 Sher-E-Punjab Radio)

Vancouver police have arrested a suspect driver and a passenger believed to be involved in a hit-and-run collision in Kitsilano that left a 24-year-old pedestrian dead.

The suspect driver is 25 years old, and was in the car with a 63-year-old family member at the time.

“We asked for help to solve this crime, and after receiving significant information from the public, VPD officers identified the suspected driver and arrested him yesterday at his home in Vancouver for the fatal hit-and-run,” Sgt. Steve Addison said in a news release.

Police will investigate whether the family member acted as an accomplice after the fatal collision.

The victim was walking home around 11:30 pm on Sunday when they were struck by the speeding vehicle near West 4th Avenue and Arbutus Street.

Although the driver fled, several bystanders remained on scene and tried to help the victim.