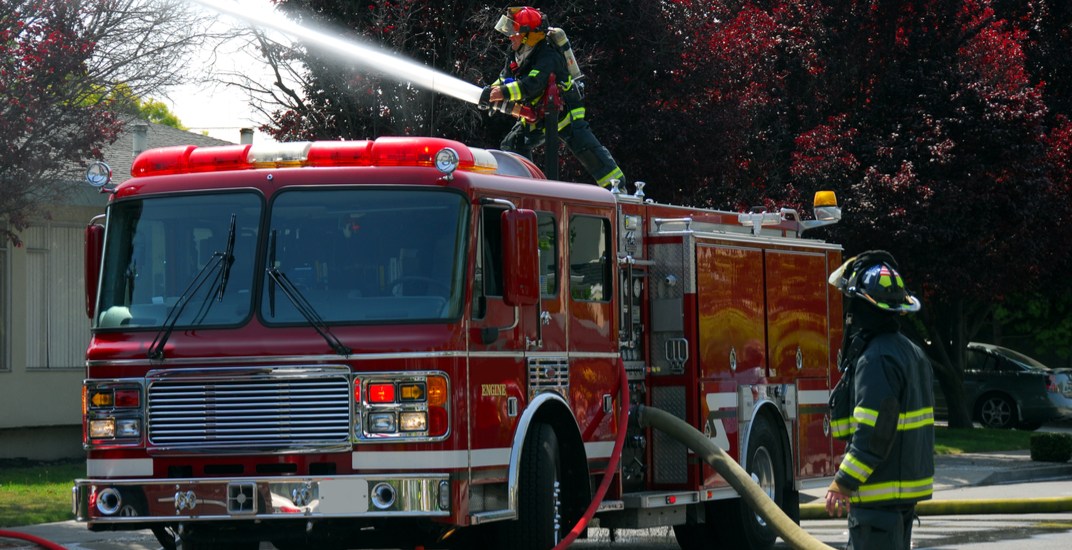 A fire at a low-rise Kitsilano apartment reportedly sent three people to hospital, and displaced dozen of others on Friday morning.

According to Vancouver Fire Rescue Services, the blaze took place at an apartment complex in the 2000 block of West 2nd Avenue, around 6:30 am.

Firefighters added that that the fire was classified as a second-alarm.

There is no word yet on exactly what caused the fire and Vancouver Fire Chief Darrell Reid said that part is still under investigation.

He confirmed that three people were assisted and treated by firefighters, and that Emergency Social Services is taking care of people displaced from three units.

Reid gave credit to fire crews for knocking the fire down “quickly” and noted that no firefighters were injured while battling the blaze.