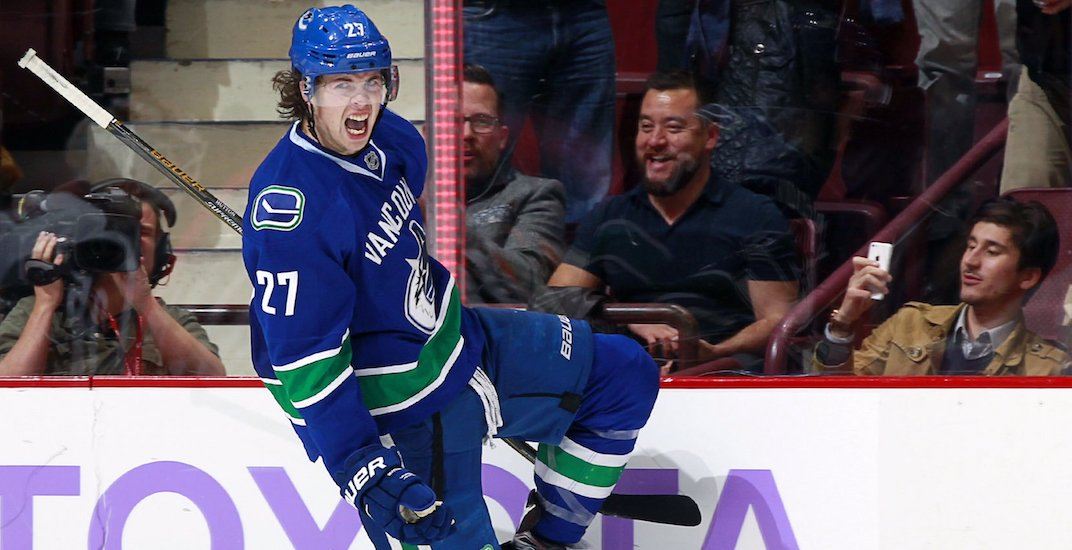 The 26-year-old defenceman has been an unrestricted free agent since June 25 after arbitration fears drove the Vancouver Canucks not to tender him a qualifying offer.

Hutton has to be disappointed with the contract he ended up with, given it’s less than the $2.8 million he earned in each of the past two seasons.

“It was definitely a whirlwind of a summer,” Hutton told Sportsnet 650 Wednesday morning. “At the start of summer I had the arbitration rights but then with the salary cap being so tight in Vancouver, they decided to not qualify me there. I didn’t see that coming.”

Hutton on #Canucks fans : "Fans were nothing but great to me since day 1 in Vancouver. It's a passionate city with passionate fans, I will miss Vancouver fans."

The puck-moving blueliner failed to live up to expectations after a breakout rookie season in 2015-16, when he scored 25 points and was named the Canucks’ best defenceman. He impressed enough people in his first season to crack Team Canada’s roster for the World Championships that spring.