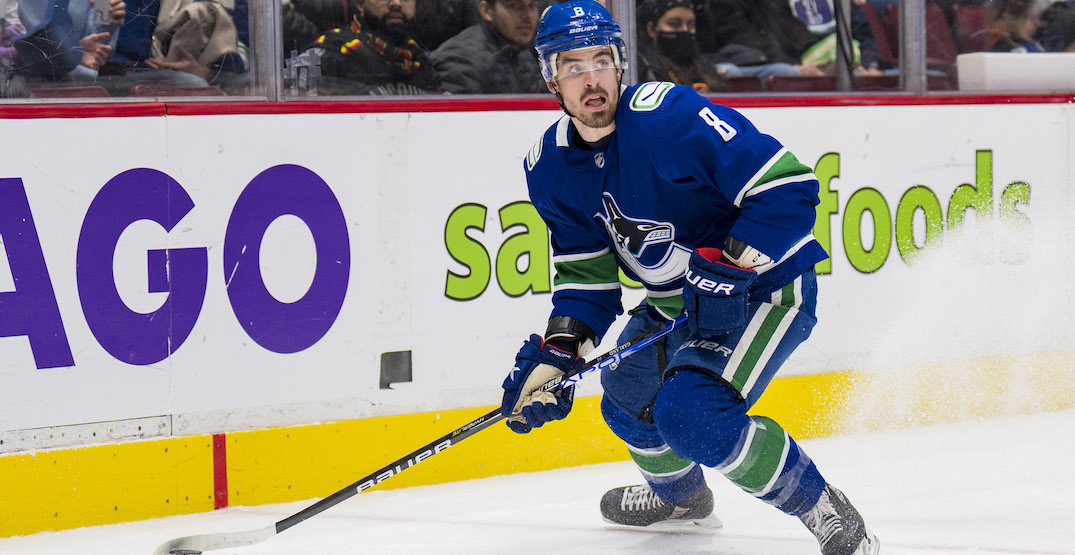 Move over J.T. Miller and Brock Boeser, it seems that Conor Garland is now the name on everyone’s mind.

The Los Angeles Kings have “serious interest” in Garland, according to CHEK TV’s Rick Dhaliwal. Sportsnet’s Elliotte Friedman and Irfaan Gaffar of The Fourth Period each added that talks have picked up between the two teams in the last couple days.

“[Canucks management’s] phones have been ringing, non-stop, all day, every day. I know that for sure,” said Gaffar.

“I think the Kings and the Canucks have been in touch, off and on, quite a bit over the last little while,” Friedman said on The Jeff Marek Show on Sportsnet 650. “I do think that Garland is a name that’s come up between the two teams. I don’t know if it’s going to happen or not.”

Friedman added that the Canucks are looking to add draft picks and that Kings aren’t keen on parting with their first-round pick this year.

“I do think LA is motivated to do something,” Friedman added.

Dhaliwal floated the name Alex Turcotte, the fifth overall draft pick in 2019, as a player the Canucks could be after. The 21-year-old centre hasn’t had as much NHL success as many of his peers from the 2019 draft. He has only played eight NHL games to date, and hasn’t registered a point with the Kings. Turcotte has 18 points (6-12-18) with the AHL’s Ontario Reign this season.

“The Kings have been calling the Canucks for about 2-3 weeks now,” Dhaliwal said on Donnie and Dhali today, later clarifying that multiple players have been discussed.

It’s going to be interesting to see what the Canucks do. They have the ninth-best points percentage in the NHL since Bruce Boudreau made his Canucks coaching debut on December 6. They’re still long shots to make the postseason, though they’re within striking distance of the playoff bar with 20 games left.

Garland has played well since coming to Vancouver in an offseason trade with the Arizona Coyotes. The diminutive forward has 32 points (14-18-34) in 57 games, and leads the team in points per 60 minutes at five-on-five (2.24).

But if the new Canucks management team is still set on their previously stated goal of clearing cap space, something needs to give. Garland, 26, is signed for four more years beyond this season, at a $4.95 million cap hit. That’s reasonable for what he brings to the table, but the Canucks also need to improve their prospect depth and rebuild their blue line.

Another player to keep an eye on heading into Monday is Tyler Motte, who is a pending unrestricted free agent. If the Canucks can’t re-sign him before the deadline, it may make sense to trade him rather than lose him for nothing in the offseason. The Toronto Maple Leafs and Tampa Bay Lightning have reportedly shown interest in him.