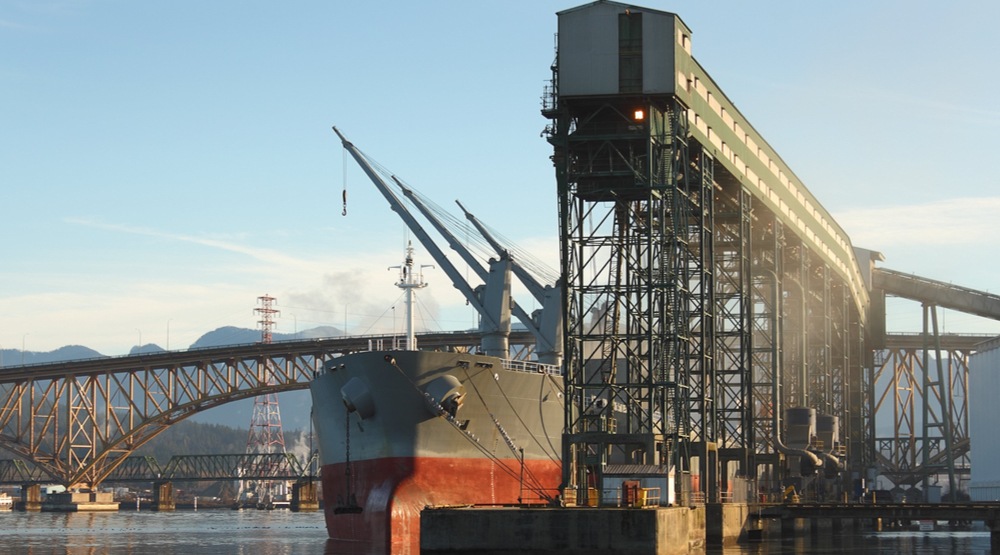 A group of engineers is concerned about increased tanker traffic under the Second Narrows Bridge, as a result of pipleline expansion. (Image: Max Lindenthaler/Shutterstock)

Justin Trudeau’s  approval of Kinder Morgan’s expansion of the Trans Mountain pipeline has a BC group raising concerns– not over pipelines – but over safety and tanker traffic issues in relation to the Second Narrows Bridge.

In a statement, the group – called Concerned Professional Engineers (CPE) – says it’s been interested “in the hazard introduced by the bridges at the Second Narrows of Burrard Inlet, and we feel that the hazard has not been properly analyzed” for risk.

“We have always been of the opinion that if oil is to be shipped from the West Coast, that the safest and least risky port should be used,” said CPE spokesperson Brian Gunn.

CPE wrote an open letter to BC Premier Christy Clark this week, outlining why it believes a thorough risk assessment must take place before the project proceeds any further.

Their list of reasons include things like increased tanker traffic leading to an increased risk of collisions, and the fact that the “Port of Vancouver Authority and the Pacific Pilotage…  cannot guarantee that there will be no collisions with the bridges…”

What is needed, the letter continues, “is a proper risk assessment that includes mitigations to reduce the risk, including: the use of tugs, the proper training of pilots, and improved navigation aids.”

CPE also expresses the need for an examination of “worldwide statistics of similar accidents and the probability of these accidents occurring in the Second Narrows transit,” the letter reads.

And when this risk assessment is completed, it “needs to be peer reviewed, and the results from that should be discussed with the public.”