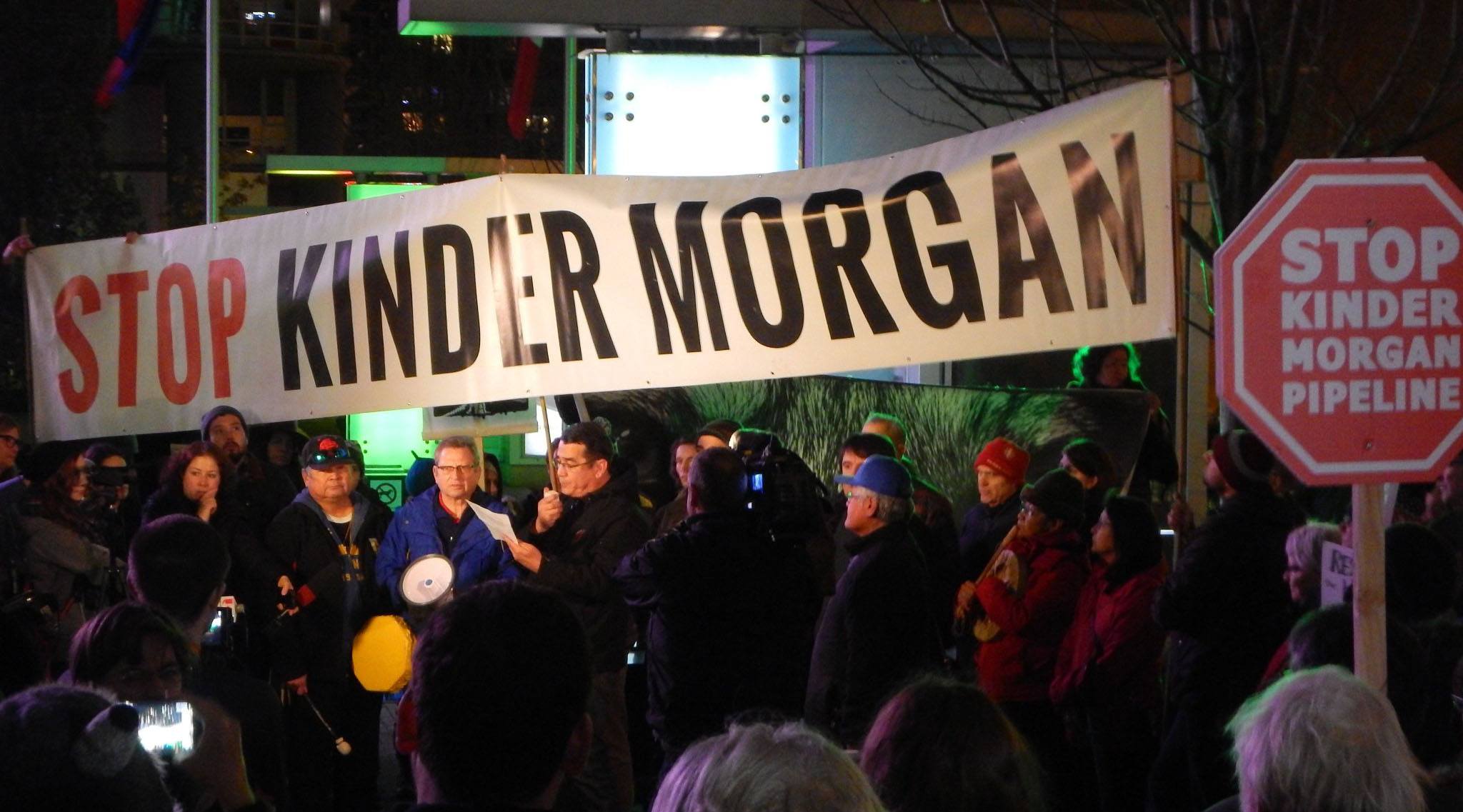 A series of monthly protests against the controversial Kinder Morgan pipeline expansion through Burnaby Mountain will begin this Saturday in Vancouver.

The Trans Mountain expansion will more than double the daily capacity of the existing pipeline, from Alberta to the BC coast, and increase Canada’s access to world markets.

Saturday’s “Stop Kinder Morgan!” protest is the first of a campaign of monthly demonstrations organized by Climate Convergence Metro Vancouver.

“[The protests are] to keep up the pressure and expose the lies of Trudeau, Clark and their oil company friends,” says the organizers’ Facebook event page.

“We know that this pipeline does not have the consent of indigenous nations, is not environmentally friendly and is not a significant or sustainable source of jobs.”

The demonstrations – also called IntersActions – will see an intersection “flooded” on all sides with people crossing on the light with signs and banners.

“[This will be] without stopping the flow of traffic,” write the organizers. “This way we can be seen by and engage with the most people.”

Saturday’s protest is due to start at 1 pm at Broadway City Hall SkyTrain station.

The protest on Saturday follows multiple protests in Vancouver and Burnaby over the past few years, which have seen thousands of people take to the streets.

One protest last November prompted 4,000 people to march against the pipeline expansion with the support of Vancouver Mayor Gregor Robertson. Meanwhile, three years ago, protesters camped out on the mountain were arrested. The City of Burnaby even took Kinder Morgan to court over the proposal, to no avail.

Despite opposition in British Columbia, the project has support in Alberta, where oil patch workers say it will be good for the economy and bring much needed jobs to the area.

Shortly after Clark’s approval, the New York Times published an article highlighting the possible impact of unlimited political donations in BC. The article pointed out Clark’s party received more than $718,000 in donations from Kinder Morgan, and others who support the oil industry. And that these political donations, among many others, partially go towards Clark’s annual $50,000 stipend funded by the BC Liberal party.

Shortly afterwards, Clark announced she would no longer accept the stipend, intended to cover her expenses, which would now be covered on a piecemeal basis instead.