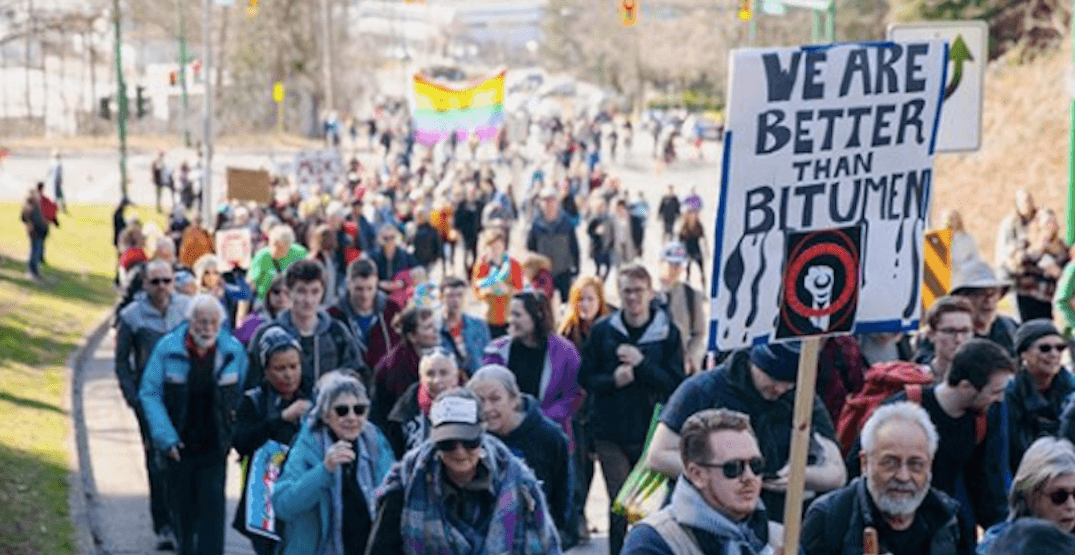 After the Canadian government announced this morning that it has agreed to purchase the Trans Mountain Pipeline expansion project from Kinder Morgan to the tune of $4.5 billion, pipeline opponents say they are preparing to “escalate their opposition” to the project.

Now, a rally is being planned for 5:30 pm in Vancouver today in front of Science World, to express that opposition.

“This is the moment in history where Justin Trudeau has revealed that he never cared about Indigenous rights or reconciliation,” said Will George, Tsleil-Waututh member and spokesperson for the Coast Salish Watch House. “The cost that they did not calculate in their $4.5 billion purchase is that Indigenous front lines will stop this pipeline. I will continue to meet the responsibility passed on to me by my ancestors to protect the water and land.”

According to the purchase agreement, the two parties will work with the board to seek a third-party buyer for the system and the expansion through July 22, 2018.