Kim’s doesn’t take itself too seriously, refusing to fall into the mold of the melodramatic, almost legendarily sappy Korean soap operas. The heart of the play is very much faithful to its Canadian lineage – a dry, witty story that entertains, embraces, and modestly opts for truthful laughs over drama. I kept on waiting for the dad to have a heart attack, or some suitably tragic plot device to bring the family together.

But then I realized that Kim’s character is within the study of those quiet personal moments. The true recognition of what it is to be an immigrant in Toronto, Vancouver, or any other urban Canadian city. 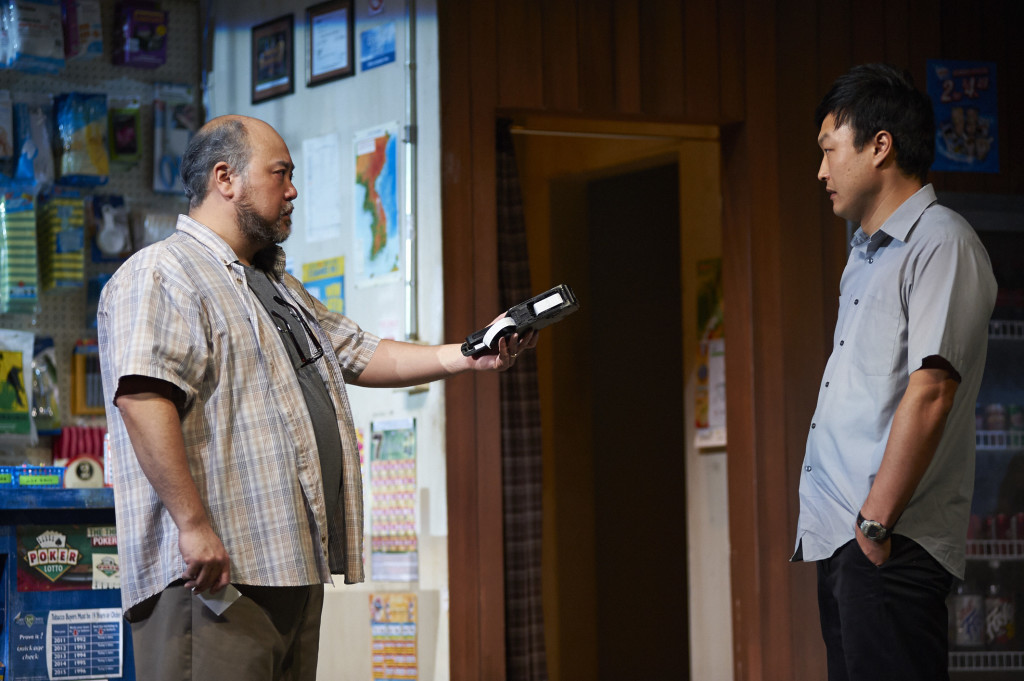 Paul Sun-Hyung Lee carries the show, just as his character Appa carries the weight of supporting an entire family on his shoulders. Lee is almost too believable, soft-spoken and jovial one moment, frustratingly stubborn and disciplinary the next. It’s a fascinating depiction of all that it means to ‘be a man’ in this new and challenging world.

I absolutely adored the completely Korean passages. Kim’s goes to show that you don’t need to understand the language in order to understand the people. Each gesture and interwoven English word was just as tantalizing as eavesdropping on a foreign conversation on the bus. It’s a wonderful nod to the local Korean community, who were out in full force on opening night.

A story that is so rarely told has finally been given prominence on the Canadian stage. 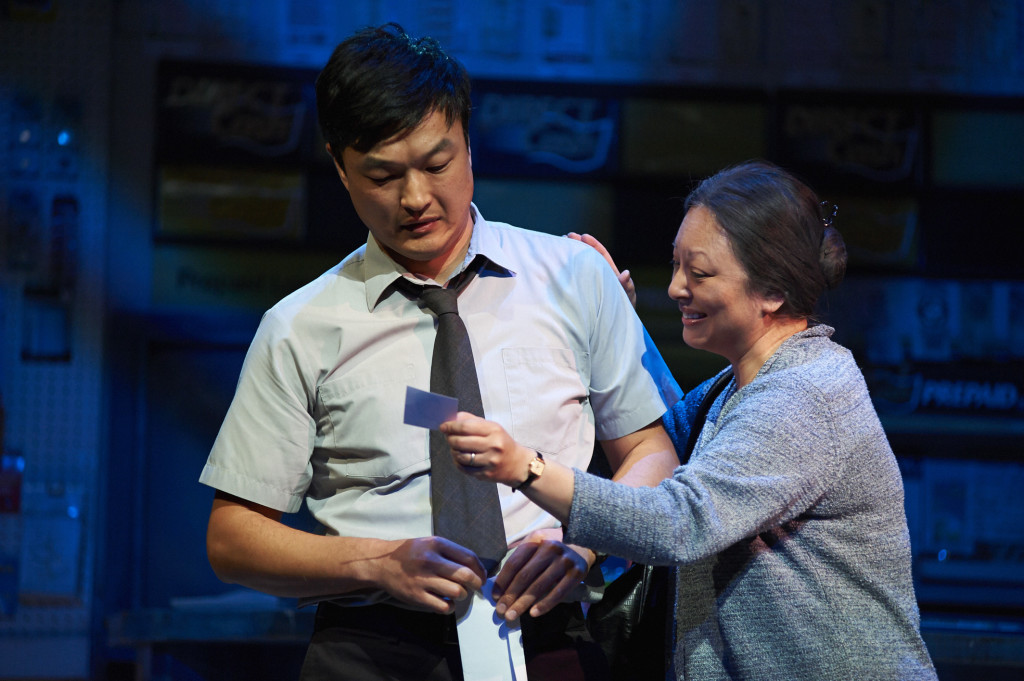 Kim’s slowly wins you in regardless of your background, resonating most with the folks who still find themselves asked: “So where are you really from?” I was a captured and reeled in, not because of a dramatic plot twist, but because of the slow and methodical unravelling of archetypes within most families.

I never understood ‘the Koreans’ before this. Kim’s Convenience gives me that window to move from bulgogi into mutual understanding.

As much as my last play at the Arts Club alienated the soul, Kim’s Convenience nourished it in a refreshing 90 minute format that captured the true essence of the modern day immigrant family.

Kim’s Convenience plays at The Arts Club until May 24. Advance tickets here.