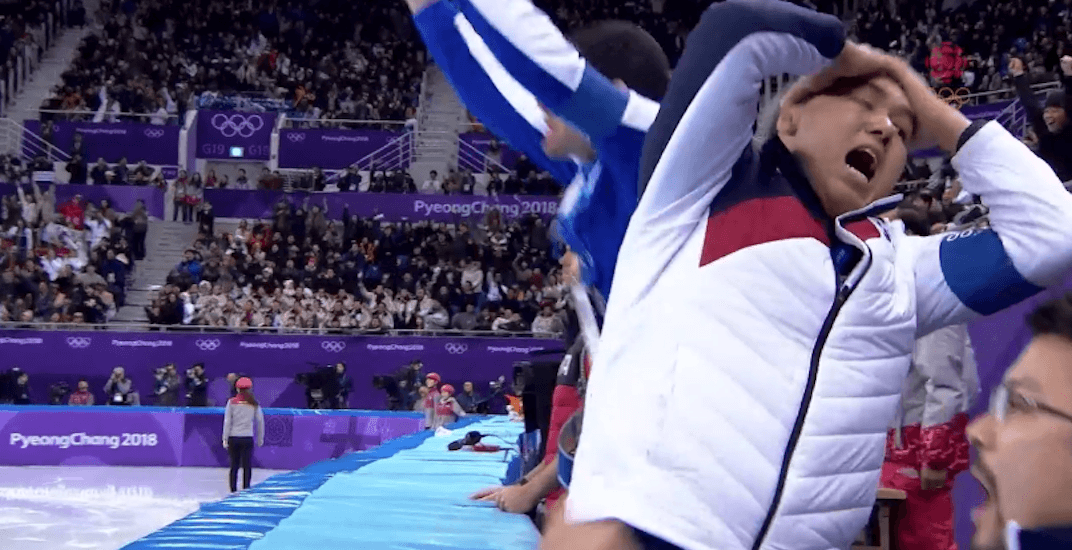 What a turn of events.

The women’s 500-metre final in short track speed skating looked to be a photo finish for first place at the Winter Olympics.

Little did they know, it was about to get much worse.

That was good news for Canada.

Upon review of the video, Choi was found to have bumped Canadian skater Kim Boutin during the race. She was disqualified, bumping Yara van Kerkhof of the Netherlands to silver, and Boutin to bronze.

The fifth member of the race, Elise Christie of Great Britain, fell and finished way back in last place.

Such is life in short track, where collisions are inevitable. 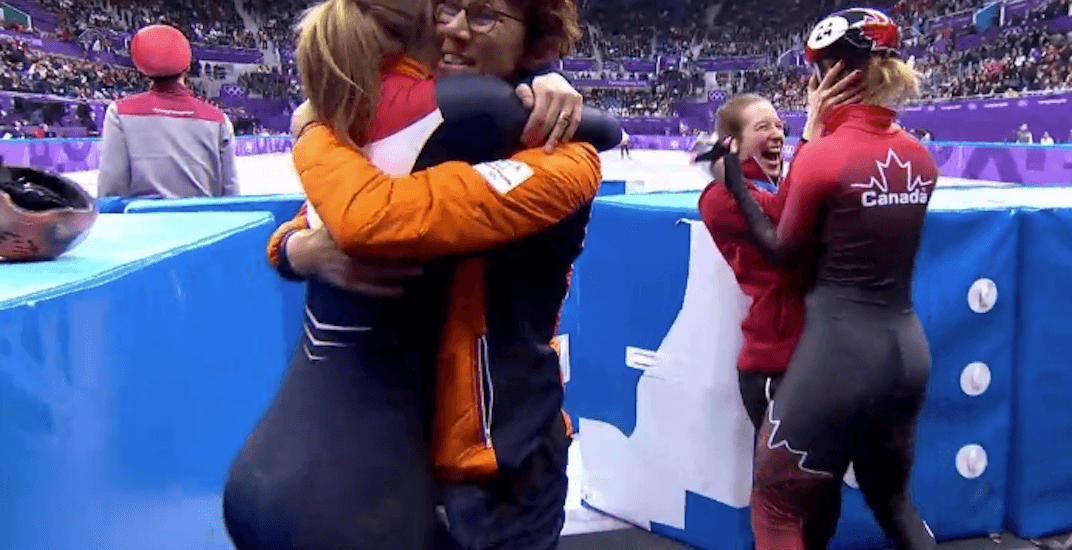 The 23-year-old from Sherbrooke, Quebec found out the good news after she had left the ice, celebrating with teammate Marianne St-Gelais. St-Gelais, a three-time Olympic medallist, was DQ’d after false starting in the quarter-finals.

“A lot of work has gone behind this and I’m really proud to win this medal,” said Boutin. “It’s a lot of emotion right now.

Boutin’s bronze was one of three medals won by Canada on Tuesday, bringing the national total up to 10 – second most at the Winter Olympics so far.