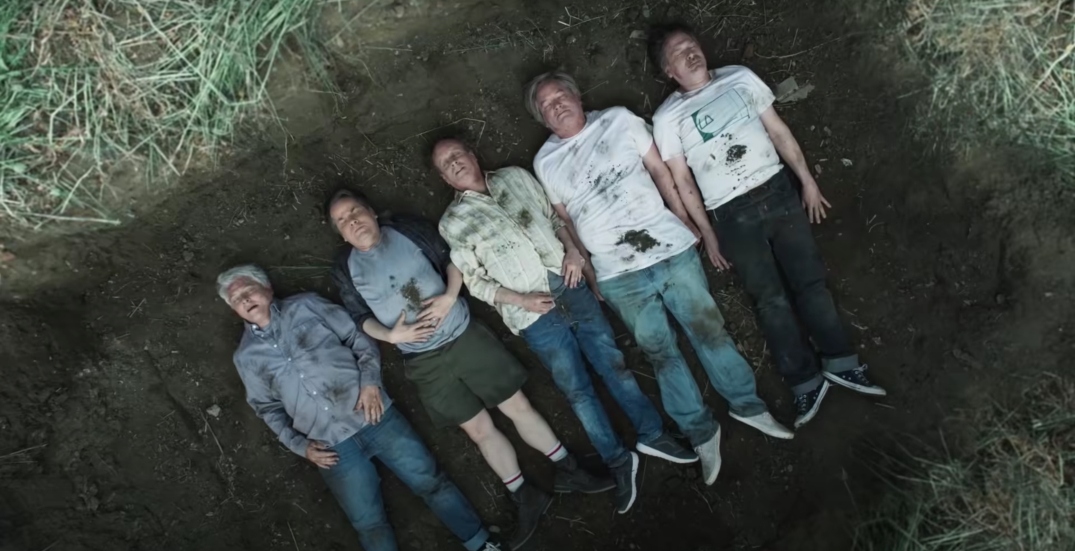 After almost 30 years, the iconic sketch comedy troupe, The Kids in the Hall, is returning to TV in May.

The new season of The Kids in the Hall will premiere on Prime Video on May 13, and the Canadian sketch group has revealed just how quirky and odd they still are in a new trailer.

The comedy group — Dave Foley, Bruce McCulloch, Kevin McDonald, Mark McKinney, and Scott Thompson — have returned with a fresh batch of offbeat characters and some beloved classics as they embark on another season of their fearless comedy.

First premiering in 1989, the Emmy-nominated original series ran until 1995 on CBC and HBO, developing a cult following in the process.

“What an amazing gift to put on our old wigs, and even get some new ones…,” said The Kids in the Hall in an email shared with Daily Hive.

The new season will be produced by SNL creator Lorne Michaels and will be available on Prime Video across 240 countries worldwide.

“Hugely influential and envelope-pushing, The Kids in the Hall returns without missing a beat,” says Christina Wayne, head of Originals, Canada, Amazon Studios. “The new sketches capture the energy and magic of the original series and are a true testament to what made the group so successful in the first place.”

Two trailers were released on Wednesday night, the official green band version and the red band, both of which are embedded below.

*Cues the iconic The Kids in the Hall theme song*