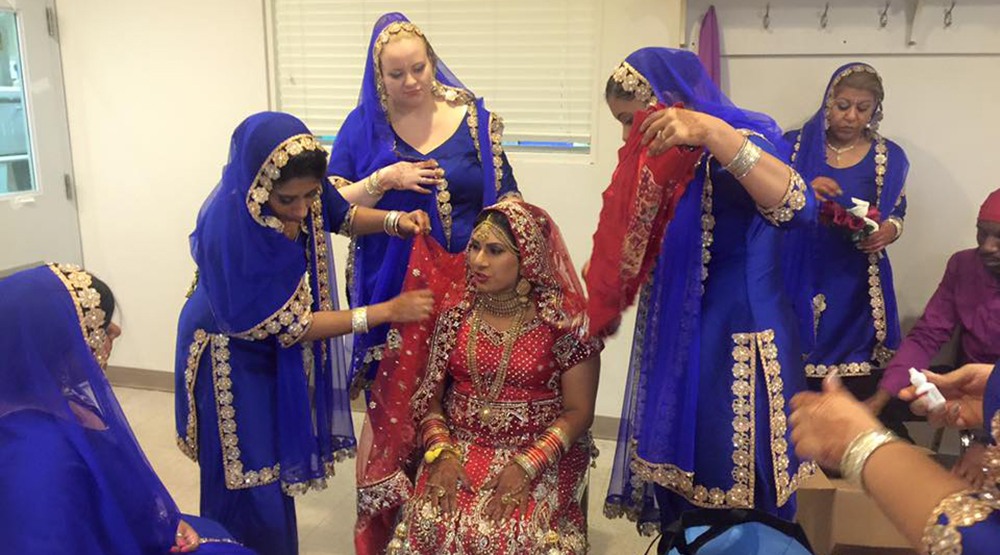 Rani Gill preparing for her wedding to Sunny (Rani Gill)

As spring approached in 2015, life was great for Rani Gill. The then 30-year-old Surrey woman had just met the man of her dreams and they were making plans for their future.

But only a few short months later, Rani was diagnosed with Stage 3 Chronic Kidney Disease (CKD) – her kidneys were failing, and she needed a transplant.

At the time, her kidneys were functioning at a startling 40%. She was left in shock and with more questions than answers.

Life has been full of challenges since then, but by far the hardest part is trying to finding someone who is willing to donate a kidney.

“I realize that what I’m asking for is a tremendous sacrifice for anyone to make and having major surgery is not going to be easy,” Rani told Daily Hive.

“This is the best option I have to live the most normal healthy future. This option also allows me to have a better chance of conceiving in the future.”

Despite her illness, Rani ended up marrying that man of her dreams, Sunny Gill, and they want to have a family in future.

But now that Rani has progressed to Stage 5, with a kidney function of only 5%, her only way to survive is dialysis, until she can get a transplant. 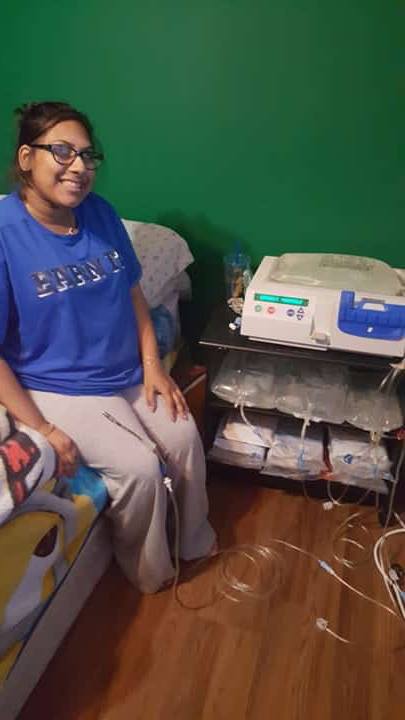 Dialysis is the best means of survival for Rani. (Rani Gill)

In May, Rani’s cousin came in from California to try to be her donor. She went through the screening process but was rejected in the final stage due to kidney stones.

“When you get up with a high, thinking you might get a surgery this summer, you’ll be living a normal life after,” said Rani. “And then when they tell you ‘No,’ it’s like ‘Oh my God!”

So Rani remains on dialysis, she is unable to work and is constantly nauseous.

She explained to Daily Hive, “Every time I drive around with my husband, I have to have pocket bags in the car, because at anytime I can just start throwing up.”

Among the other symptoms of CKD are weight loss, fatigue, weakness, loss of appetite and shortness of breath, leg cramps, forgetfulness, difficulty sleeping, and chest pain.

Rani’s journey has been a struggle

August 2015, when she was diagnosed with CKD, “was the most difficult time in my life,” said Rani – but her struggles since have taken their toll.

From Christmas 2015 onwards, Rani was in and out of the hospital countless times, her kidney function was getting worse, her condition was terrible and her body was too weak.

Rani stayed in the hospital until May 2016, because her immune system was very weak, and almost passed away from pneumonia at that point.

It is then that she began had to start peritoneal dialysis, a form of dialysis done through the lining of your abdomen.

But despite the road blocks, on October 15, 2016, Rani and Sunny were finally married.

“Oh the struggles on my wedding day,” said Rani. “The swelling, water retention, the tiredness, the thinking, ‘Oh my God, I have to plug into my dialysis.’ The stress of a wedding was doubled for me, but I made it happen.”

Sunny Gill told Daily Hive he knew their situation would be difficult, but they’re taking each day as it comes.

“I knew it was going to be a challenge when we found out she was diagnosed with kidney disease,’ said Sunny.

“You just have to accept everything that gets thrown at you and stay strong and positive. It was a challenge and we are fighting every day to overcome her situation.” 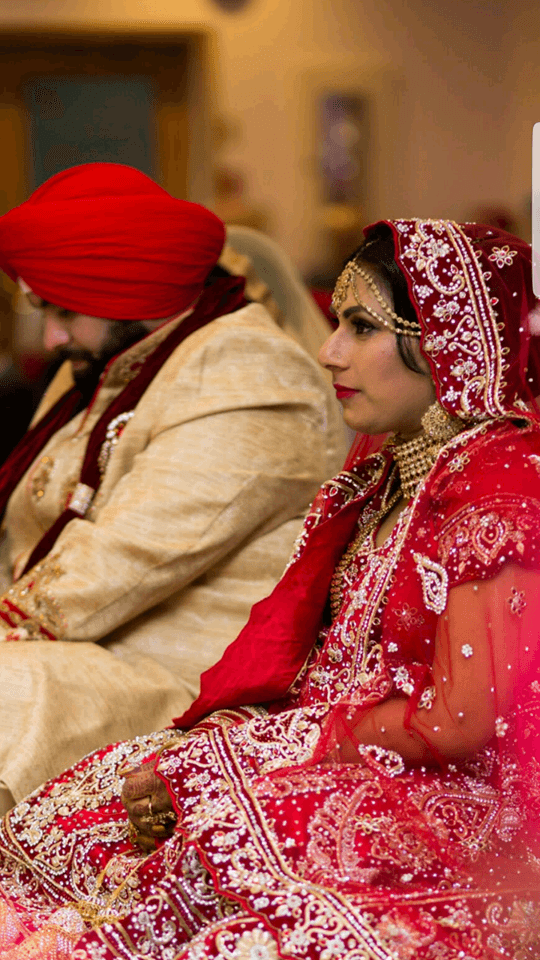 Despite the challenges, the couple tied the knot. (Rani Gill) 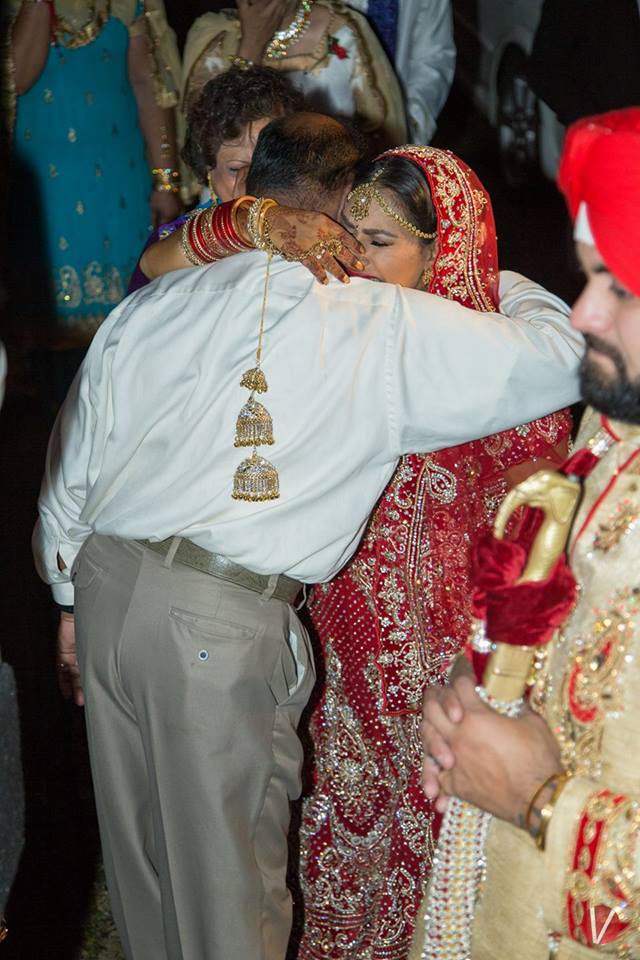 Despite the challenges, the couple tied the knot. (Rani Gill)

Like many young couples, Rani and Sunny want to start a family, but Rani said “it’s not wise to conceive with my condition.”

According to the Kidney Foundation of Canada, Asian, South Asian and Indigenous kidney patients are more likely to need a kidney transplant than average.

However, they wait longer and sadly, die more often, because there is a significant lack of donors from the same background who are likely to be a match.

Rani is Indo-Fijian and aware of the low numbers in donors.

She has partnered with Jivana, an organ donation society to help educate people about the importance of being a donor in the South Asian community.

In the end, Rani just wants to live a normal life.

“All I dream of is living the life most of you already have been blessed to have,” said Rani.

“A married life with children is in my near future, watching a family of my own grow and to live a normal healthy life again. I just want to be Rani again.”

If you’re considering being a donor

In an email, Tanya Colledge of BC Transplant confirmed that donors do not experience any health effects from donating a kidney, and live a normal lifestyle after recovery.

If you’re considering donating your kidney, you can find out more at: transplant.bc.ca