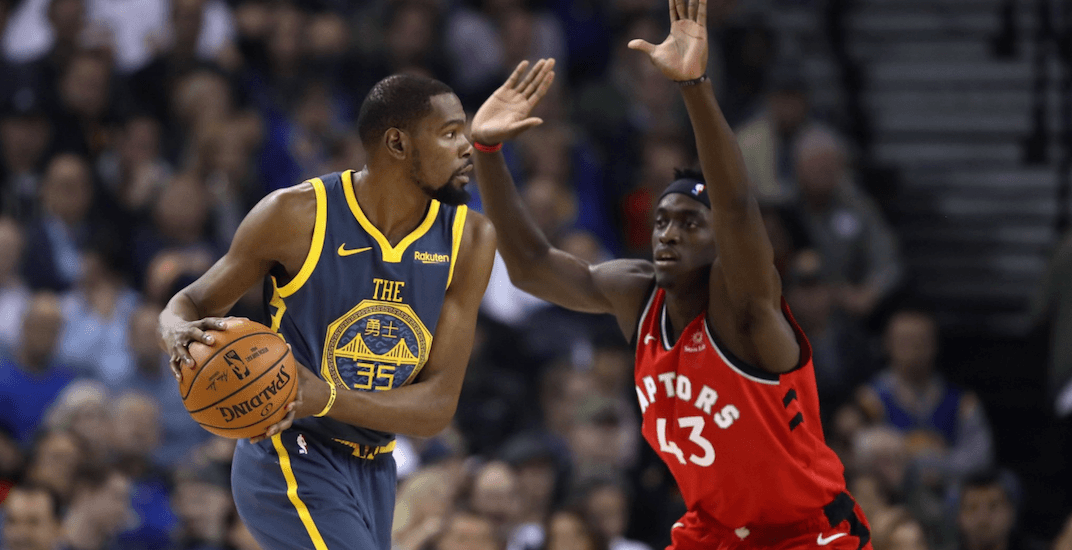 Kevin Durant is expected to make his 2019 NBA Finals debut for the Golden State Warriors in Game 5 tonight.

This is according to NBC’s Monte Poole, who has reports that Durant “expected to be a full go,” citing multiple league sources.

Though the Warriors are saying Kevin Durant (calf) is ‘a game-time decision’ for Game 5 Monday night, he’s expected to be a full go, according to multiple league sources.

The report has since been confirmed by ESPN’s Adrian Wojnarowski, who happens to be the most reliable NBA insider.

Despite being a full participant at Warriors shoot-around on Monday, head coach Steve Kerr wasn’t making any promises.

“He went through full shoot-around, and he went back to get treatment,” said Kerr. “So we’ll list him as a game-time decision.

“But he looked good and we’ll see where it all goes.”

Perhaps this is a smokescreen from Kerr, who likely wants to keep the Toronto Raptors on their toes.

Durant, who hasn’t played since suffering a calf injury on May 8 against the Houston Rockets in the second round, practiced for the first time on Sunday.

The former MVP is one of the best players in the league, though it remains to be seen how effective he can be at what has to be significantly less than 100% health.

The Raptors hold a 3-1 series lead and can win their first-ever NBA championship on home court with a win tonight.