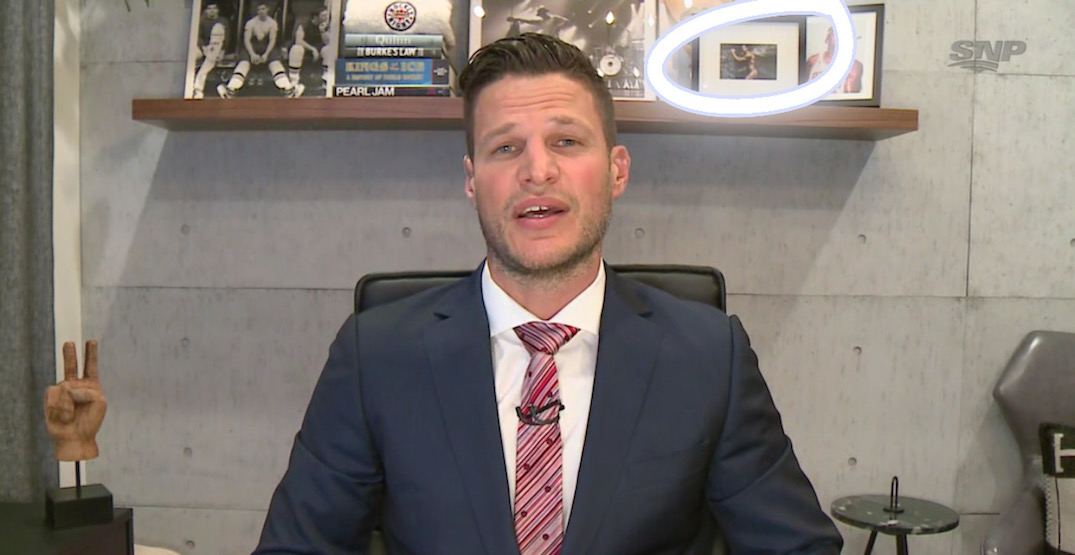 Ryan Kesler made an unexpected appearance onto Hockey Night in Canada on Saturday night.

His good buddy and former Vancouver Canucks teammate Kevin Bieksa, who is now a regular panelist with Sportsnet, was having some fun at his expense. Bieksa had a framed photo of Kesler, one from Kesler’s famous nude photoshoot with ESPN, displayed on his bookshelf.

Bieksa displayed the photo to start the show, then removed it for a period of time, before bringing it back during the first intermission of the Canucks-Flames game.

“By the way Kevin, don’t think that your photography has gone unnoticed tonight — what you’re doing behind you in the office,” Elliotte Friedman joked with him during the first intermission. “We’re paying attention, we notice.”

“Focus on your job Elliotte, and let me entertain the masses,” the quick-witted Bieksa replied.

Kesler chimed in on Twitter, saying “usually it’s by his bed side.”

Usually it’s by his bed side 🤪 https://t.co/IUH24oixrO

Kesler’s nude photoshoot with ESPN in the summer of 2011 was the focus of jokes with his teammates at the time.

“This body is for one set of eyes only,” Roberto Luongo said in October of 2011. “I turned it down, unfortunately Kes accepted.”