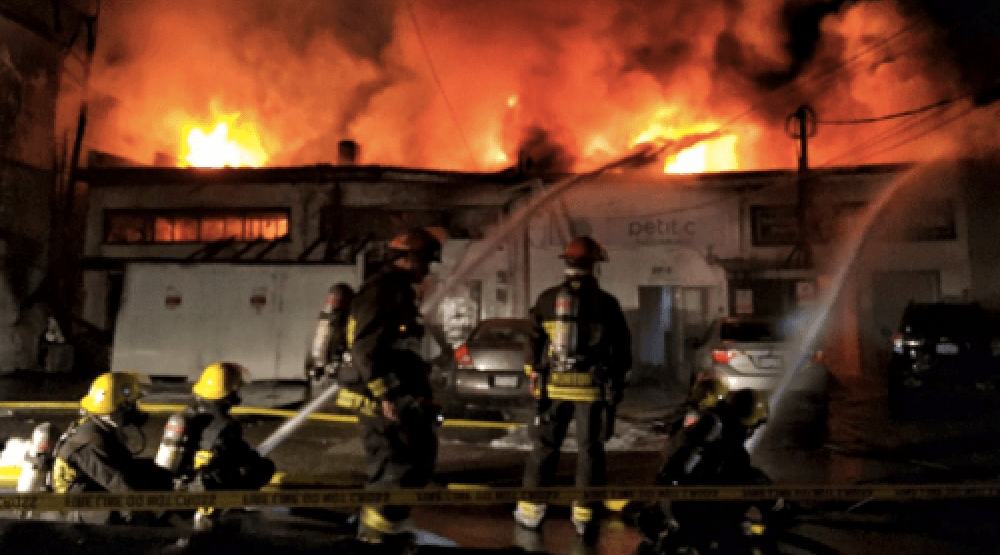 Crews were still battling flames in the morning hours on Friday, after a massive fire broke out in Kerrisdale on the west side of Vancouver on Thursday evening.

Vancouver Fire Captain Jonathan Gormick told Daily Hive firefighters responded to the call at 8:19 pm, and crews were still on scene at 6 am.

The fire, which took place in the 5600 block of Maple Street, “escalated to a third alarm,” and at the peak of the blaze, there were more than 15 fire vehicles and 50 firefighters on scene, Gormick said.

Avoid driving along 41st ave through the Kerrisdale area due to blockades #vancouvernews #kerrisdale #fire pic.twitter.com/ZctCTPYZUo

Despite the size and intensity of the fire, no injuries were reported, said Gormick.

The clothes shop in front of our apartment is burning. Hopefully no one’s hurt! #Kerrisdale pic.twitter.com/Go9pdSdSOb

The cause of the fire is still under investigation, Gormick said.