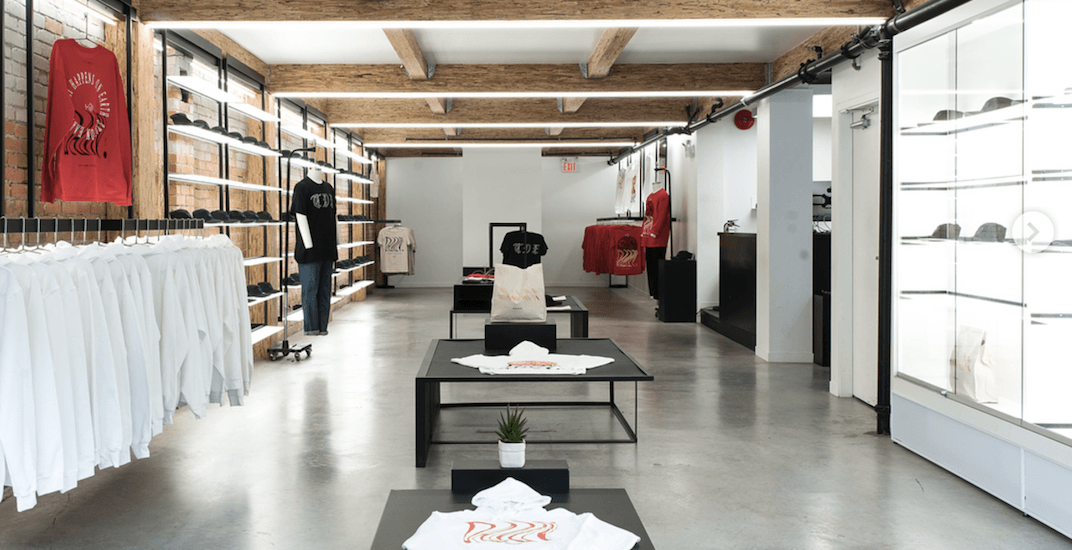 Top Dawg Entertainment, an independent record label company behind artists like Kendrick Lamar, ScHoolboy Q, and SZA, to name a few, will be opening a pop-up shop on the same day as their May 4 concert at Rogers Arena.

‘The Championship shop’ pop-up store will take over the Livestock location at 141 East Pender Street for the entire day. They’ll be open from 11 am to 7 pm.

No information has been released on what will be available, but it’s expected that the merch will follow suit with the label’s predominantly streetwear style.

If it’s anything like Lamar’s last concert in Vancouver, which took place on August 2, 2017, shoppers can expect hectic lines. Kendrick Lamar’s DAMN pop-up shop, which took over the same location, saw lineups starting as early as 4 am.

People lined up the entire block of Main to Columbia as early as 4AM for @kendricklamar gear at #thedamnpopup pic.twitter.com/leVrxzhBMN

Customers were also given flyers showing all available merchandise and pricing to help speed up the time each customer would spend in store.

Vancouverites will only have until 7 pm to get into the shop and get their hands one-day-only apparel and merchandise.

If last year was any indication, we suggest you start lining up now.