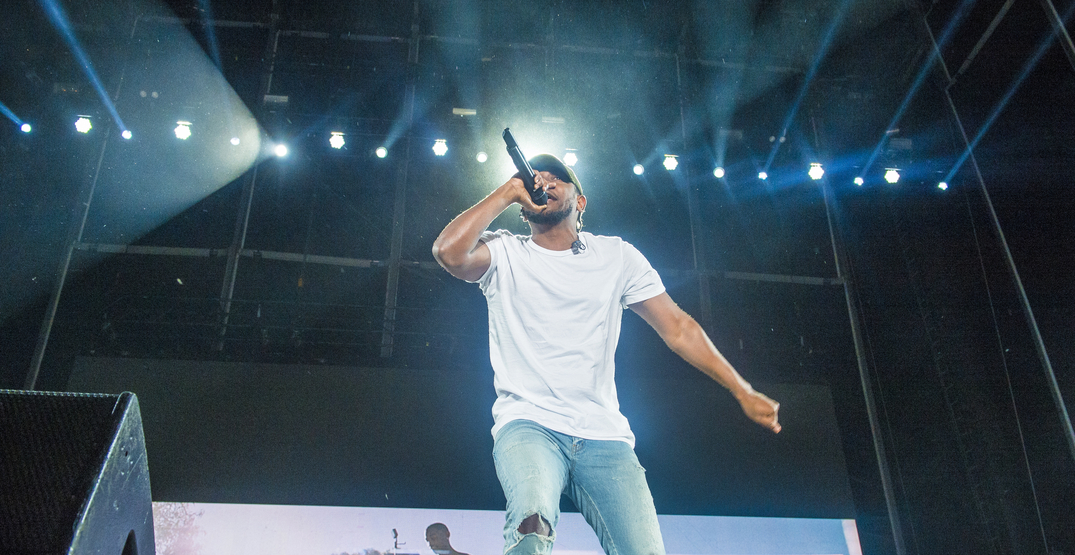 One of the biggest names in hip-hop will be returning to Vancouver this week.

Kendrick Lamar will be making his highly-anticipated return to the city, performing at Rogers Arena on Friday, May 4.

He’ll be paying Vancouver another visit as part of Top Dawg Entertainment’s TDE: The Championship Tour, which kicks off at Rogers Arena before travelling south into Washington and across the United States.

The tour will also be stopping in Portland, Seattle, Atlanta, New York, and Dallas, among other U.S. destinations, before ending on June 16.

On June 12, the tour will make its way to Toronto, ON, the second and last Canadian stop.

Tickets are still available for the event and can be found on Ticketmaster.