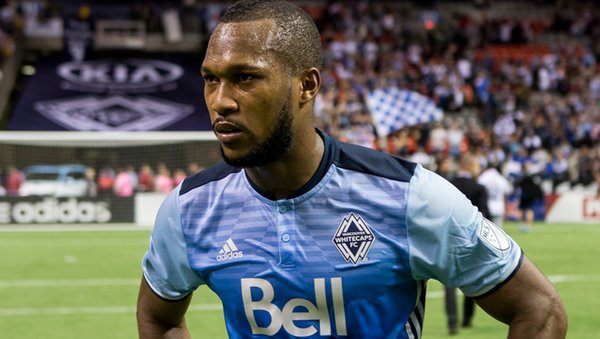 Kendall Waston is an automatic starter for the Vancouver Whitecaps, and now he is the first choice for the MLS All-Star team as well.

Waston will joins 25 other players from around the league including David Villa, Andrea Pirlo, and Káka for the 21st edition of the MLS All-Star Game. This year the best Major League Soccer has to offer will play England’s Arsenal FC on Thursday, July 28th at Avaya Stadium in San Jose.

“For me to be on the All-Star team is a blessing,” Waston said through a media release. “It’s an honour to represent my club in this big game. It means a lot to me. To be honest, I didn’t expect it but I’m obviously not going to say no. I’m really, really happy to be there.”

Waston, who was handpicked by San Jose Earthquake’s head coach Dominic Kinnear, is the fourth Whitecap to play at the All-Star Game. Previously, the Whitecaps have been represented by Jay DeMerit (2012), Camilo (2013), and David Ousted (2015).

The big man comes up big. Here’s the Waston goal with the full build up. #VANvCOL
‘Caps lead 1-0. pic.twitter.com/IbFqnIesdl