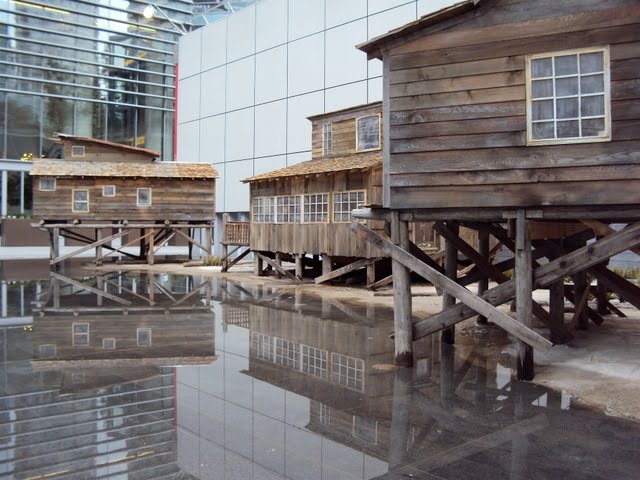 Vancouver artist Ken Lum whose most recent work the “East Van” cross has drawn just as much praise as it has hate (however, that is exactly what good art is supposed to do, right?) is at it again. His next piece in Vancouver is titled “From Shangri-La to Shangri-La” and the artwork is located next to the city’s tallest building the Shangri-La (coincidence, I think not).

Over the past 25 years, Lum has exhibited widely throughout North America, Europe and Asia, utilizing a variety of media and methods. For Offsite, the Gallery’s public art space in downtown Vancouver, the artist is creating new work based on huts that were erected on the Maplewood mudflats in North Vancouver during the second half of the twentieth century. Scale models of these structures appear to float over the surface of a reflecting pond, creating a marked juxtaposition between their makeshift construction and the surrounding architecture, while evoking the Utopian character of the mudflat community in the seemingly inexorable advance of urban development.[source]