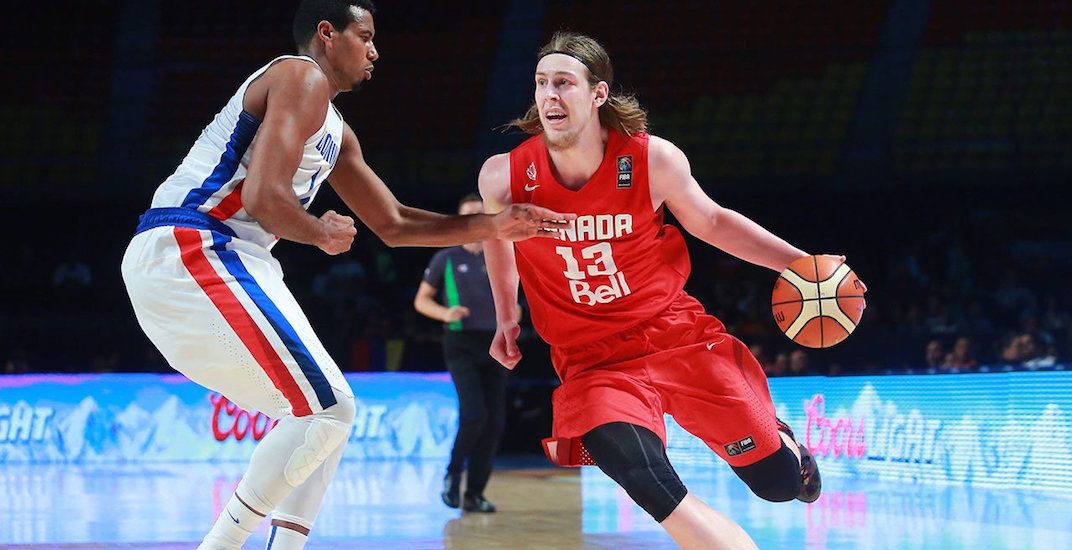 Canadian NBA forward Kelly Olynyk was in Vancouver on Saturday as host of the annual Kelly Olynyk Skills Clinic – the first time it has taken place at the Richmond Oval.

The 26-year-old from Kamloops completed his fourth season in the NBA with the Boston Celtics last season. He’s now a member of the Miami Heat, signing a four-year, $50 million contract as a free agent this summer.

In our exclusive interview with the 7-foot big man, Olynyk talks about his reputation as a so-called ‘dirty’ player, interest from the Toronto Raptors, his fresh start in Miami, playing for Canada’s national team, and more.

Daily Hive: Let’s talk about Canada Basketball. How big of a step do you think (the U19 gold medal) was for the country and the program?

Olynyk: “Huge. Insurmountable. They did an unbelievable job.

“Watching those guys play – the passion, the pride, and how hard they played, it’s amazing to watch. Everything that everybody’s done has accumulated to that point.

“I told them, I wish we were as good as they are back in our day. The younger kids just keep getting better and better… They’re just raising that level.”

Do you think Canada will become a powerhouse in basketball?

“Yeah, I think we’ve got some great talent – we’ve got to be able to come together and be a team and play together, but, it’s a great opportunity and we’ll be there.”

Do you think that every year you guys can go into the Olympics thinking medals?

“That’s the goal. That’s been the goal for awhile. Unfortunately, we just missed the one in Brazil. We have a great core group, great group of guys who are super talented. We’ve just got to come together and make it happen. Get everyone to buy in and be on the same page – we have a really good shot.”

Are you telling guys in the league about British Columbia?

“Yeah, I love it. BC, Canada, especially Kamloops. Vancouver. Guys love it up here. Guys love Canada, and I try and tell them to come out here and hang out.”

What do you think about a team coming back up here?

“It would be an amazing thing to put a team back here, I don’t know how realistic or how soon that’d be able to happen, but, I would love to come play here, whether it’s for that team or against that team. Basketball is growing so rapidly in Canada. Obviously you saw the impact the Raptors have had on Toronto – to have another one out here would do a lot for basketball on this side of the country.” 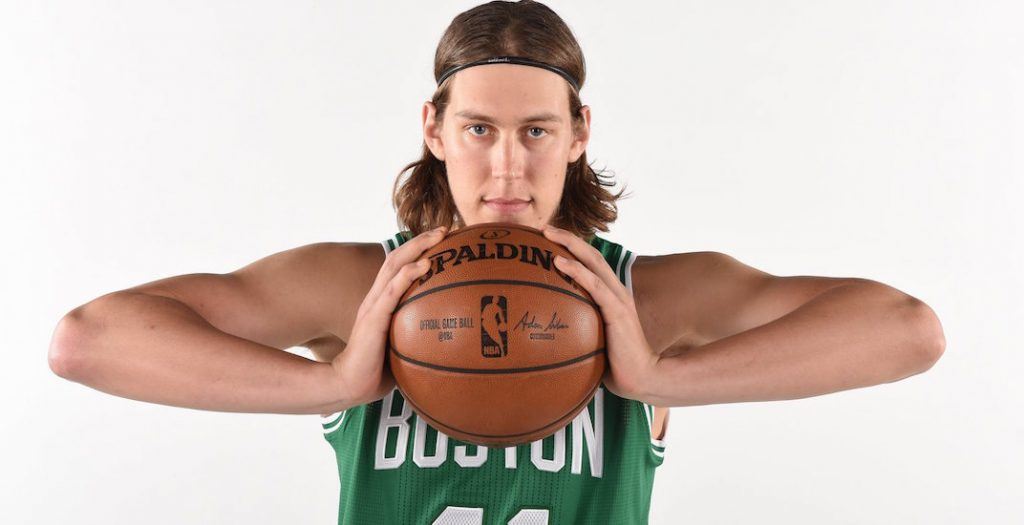 What was your biggest takeaway from your time in Boston?

Olynyk: “Played with some great players and coaches, and it was an unbelievable situation in Boston. I’m thankful for… helping me develop into the player that I am right now.”

People talk about (Celtics head coach) Brad Stevens’ creativity and his ability to put players in the right places. Was it different from anything you’ve been through?

“The way he looks at the game is different, but that’s what makes him so great — his ability to make sure that he’s (getting) the best out of everybody. His X’s and O’s are off-the-chart and he’s a great person.”

Boston had a magical season (first in the East and an appearance in the Conference Finals). Describe the journey, and what you took away from it as an individual.

“It was a fun ride being doubted – winning games, going through a seven-game series with Washington where it was a battle every single second of that series. Obviously it didn’t pan out the way we wanted, but you have to keep getting better every single day.”

How do you respond to people saying “Kelly’s dirty.”

“Everyone has their own opinion and they’re entitled to (it). I know who I am and what I’m about.”

Did you feel upset after being released by Boston?

“It’s tough… Four years with Boston, getting drafted there – I had a home there. It’s business.

When did you say to yourself, “alright, Miami is the place to be.”

“When I spoke to Pat Riley and Erik Spoelstra. I loved their vision, and the way they work. Just the culture they have down there, it’s a great opportunity.

“It’s a great place to be — they really develop their players and that’s something for me in my career right now.”

Raptors fans were outraged and some tried to investigate why there was no reported interest between you and Toronto. Did Masai Ujiri reach out to you at all?

“I didn’t end up talking to Toronto, but, there’s a lot of factors… a lot of it salary cap and money. If you don’t have any money, it’s hard to sign anybody.”

Was Toronto on your list at all when you were given the chance to explore?

“I would love to play in Toronto. It’s like a dream-come-true to be able to play for your hometown. Toronto was my favourite team growing up, but, everything happens for a reason, and I’m just really excited about the opportunity in Miami.”

In Miami, what are you looking forward to individually, and from a team standpoint, what do you guys want to get done this year?

“We’re trying to build off of the finish last season – they just narrowly missed the playoffs. They had a great second-half of the season, (now) trying to ride that and do that for a full 82.

“Hopefully I can come in and supplement those guys, help them out, and elevate them to a new level that they can reach.”

Early predictions: who wins the NBA championship this year? 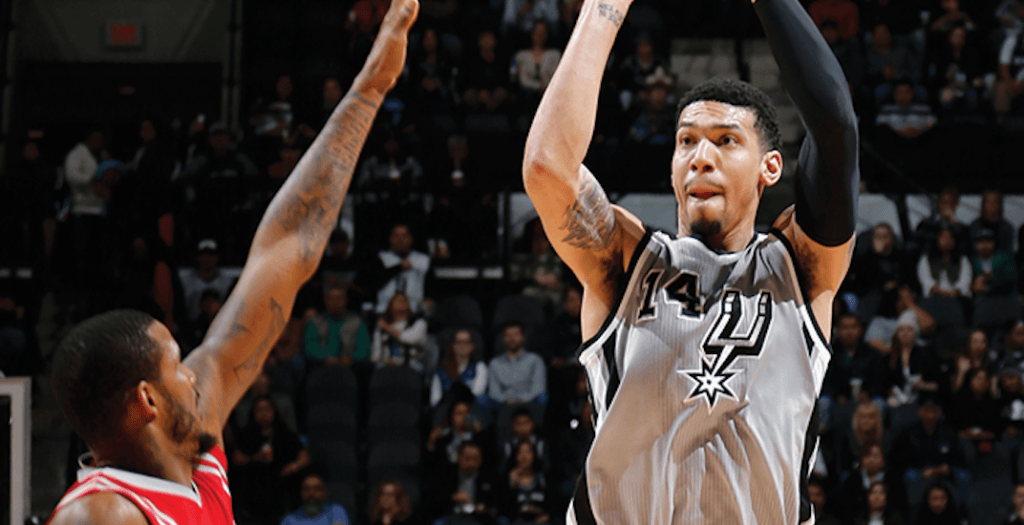 San Antonio Spurs guard Danny Green was also on hand at the clinic, and the 2014 NBA champion took time to answer some questions for Daily Hive.

Teams in the West are loading up, are you excited about the new competition?

“Every year is exciting, just to be part of the game. But, to have a good team and be a contender every year makes it even more fun. The more challenges, the better games we play throughout the year than the guys in the East. We want to play the best guys night-in and night-out as much as we possibly can. Houston’s coming up, obviously Golden State is always at the top, OKC’s making good moves, Minnesota getting better –  teams are getting better, and people are excited about it.”

You guys stayed pat, keeping the main core guys then adding in Rudy Gay. Is that important, the continuity, just to keep it going every year?

“Yeah, I think it’s definitely important to stay with the times, adapt and adjust to what the game is coming to. I think bringing Rudy helps us be more versatile, play in small-ball more, and playing four guards at the same time.  I trust (Gregg Popovich) and (RC Buford), they do a great job of making the right moves in the front office, that’s why they make the big bucks.”

What do you think about Manu Ginobili coming back?

Did you ever take a step-back and look at your career so far?

“Sometimes I do, usually every summer or every couple summers I take the time to reflect. A lot of the times I just stay focused and locked in on the goals at hand, and that’s getting better.”