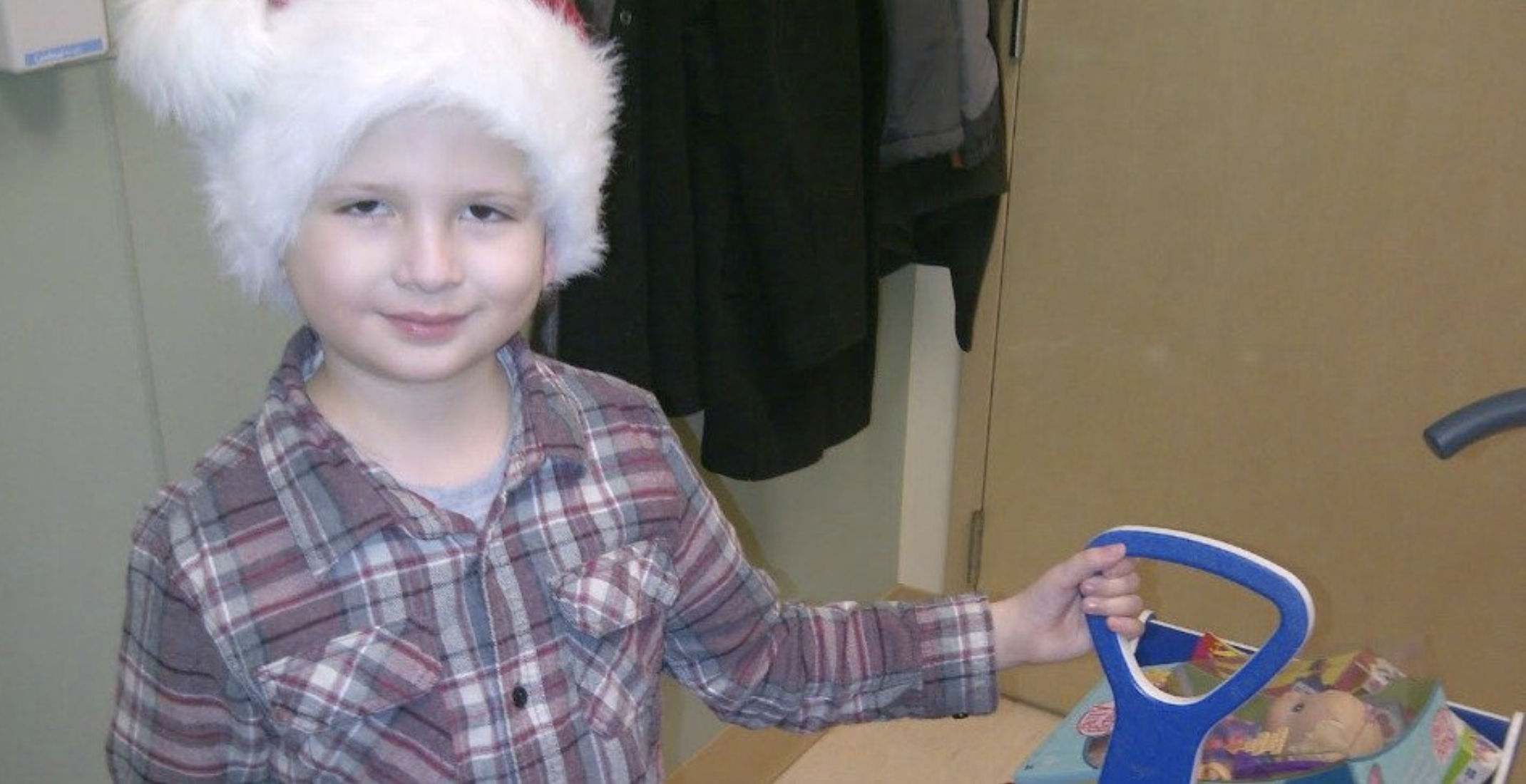 An annual toy drive to honour a little boy’s holiday wish is returning this year.

In 2012, five-year-old Keian Grainger Blundell was diagnosed with T-Cell Acute
Lymphoblastic Leukemia. He responded well to treatment, and by August 2012 he was in remission. But a few months later in December, doctors informed Keian’s family that his Leukemia had returned. 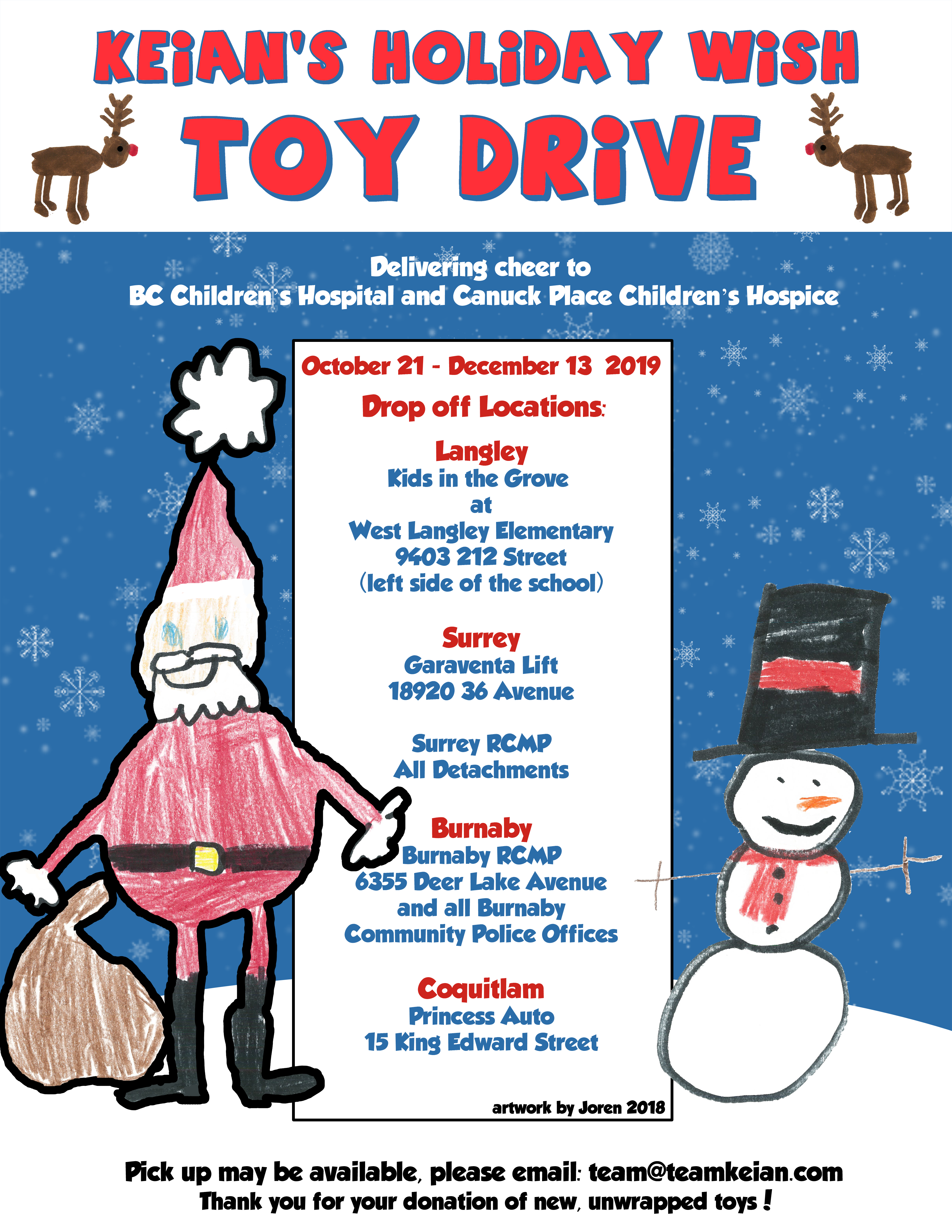 After the operation, things appeared to get back to normal until July, when Keian returned to the hospital for a follow-up procedure. It was then his family was given the devastating news that his Leukemia had returned for the second time in over 90% of his marrow.

“On the days leading up to his last Christmas, his decline was undeniable and it was soon after that we felt we could no longer care for his complex care needs on our own,” said Keian’s family in a release.

Keian passed away on January 1, 2014, in the loving arms of his family.

The little boy was remembered as being able to find “the silver lining in every cloud.”

“He faced his challenges with bravery and encompassed wisdom far beyond his years. He rarely complained; whether pain, hair loss or the many adversities children with a cancer diagnosis face. Despite his own battle, he was passionate about helping children and their families living with a childhood cancer diagnosis,” said Keian’s family.

“We will always remember his own words that first Christmas he was diagnosed; ‘This is the best Christmas, EVER!!!’ This is what Keian wanted everyone to experience; especially so these children with life-threatening illnesses. This is Keian’s Wish,” said his family.

In the eight years since Keian’s wish began, over 11,000 toys have been delivered to kids suffering from life-threatening illnesses.

Team Keian is also accepting gift cards and monetary donations, and a bottle drive to help families affected by childhood cancer will take place on Saturday, November 16 from 9 am to 2 pm at the Real Canadian Superstore Parking Lot at 19851 Willowbrook Drive in Langley. 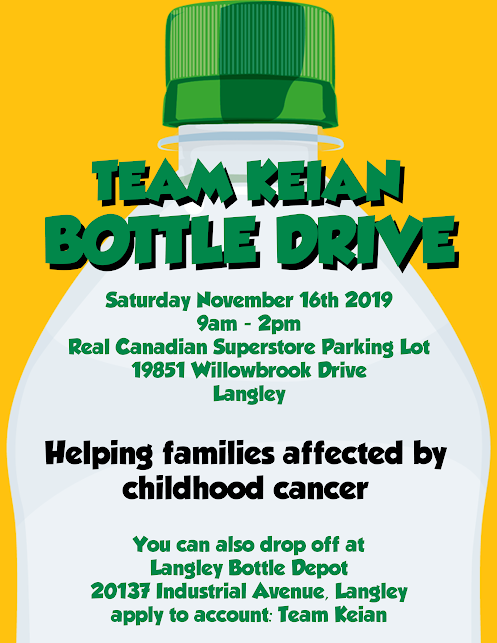 Bottles can also be dropped off at the Langley Bottle Depot located at 201137 Industrial Avenue (apply to account Team Keian).

For more information about how to help support Team Keian and their amazing cause, contact [email protected]