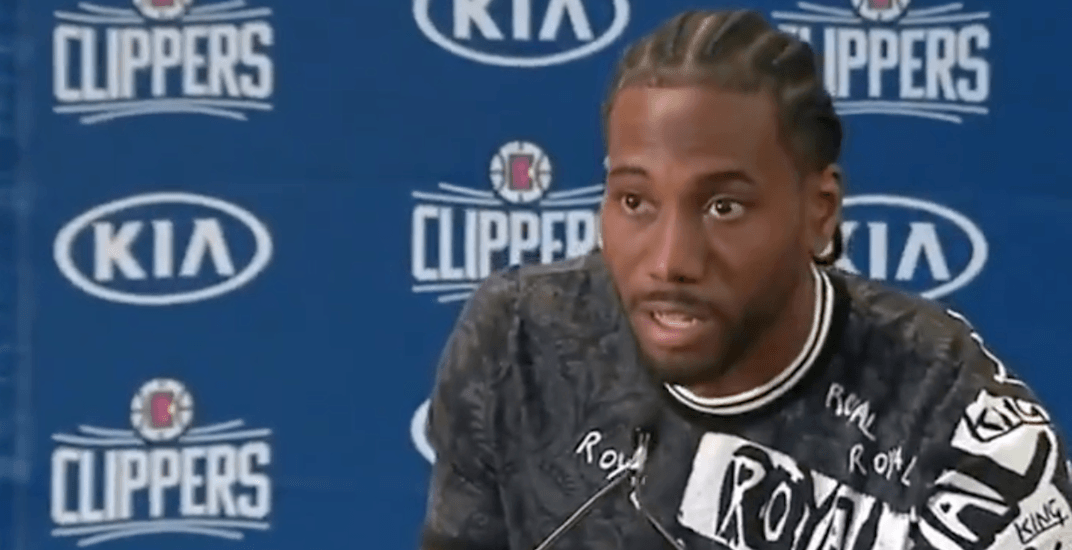 In his first public speaking appearance since signing with the LA Clippers earlier this month, Kawhi Leonard began his speech by reflecting on his one season in Toronto.

Though he chose to go home in free agency, his one season with the Raptors clearly holds significance to him.

How could it not? Winning NBA Finals MVP, Kawhi delivered the Raptors an NBA championship — the first in franchise history — and elevated his profile even more around the league.

Oh, and he also confirmed that he loved the Ka’wine-and-Dine initiative.

Kawhi has nothing but respect for Toronto after a great season! 👏 pic.twitter.com/4UJGpErm8g

“Just before I get started on the Clippers, I want to thank the Toronto Raptor fans. I don’t have social media so I’m not able to put out a paragraph or whatever,” Kawhi said. “I just want to thank all of Toronto, the city, the country. It was a great, amazing season.

“Thanks to the doctors for delivering my baby boy. He’s three months now, still healthy.

“I also want to thank the city as far as the restaurants, you know, giving up that ‘Ka’wine-and-Dine’ throughout the playoffs. I took advantage of that,” he said with a laugh.

“The players, they already know what’s up. Text, FaceTime me, we’ll talk. The coaching staff as well and the whole organization really, I just thank the whole city. Thank you.”