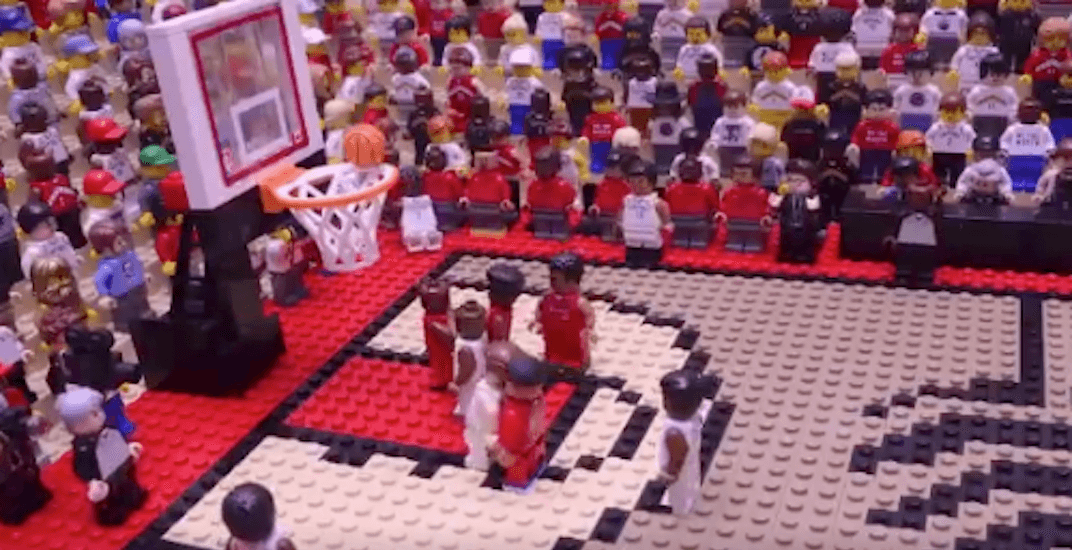 It’s the most famous shot in Toronto Raptors history, and now it has been immortalized in LEGO form.

Jared Jacobs, a stop-motion animator from Calgary, has made the video we didn’t know we needed.

He made a remarkably detailed animation of Kawhi Leonard’s game-winning shot, at the buzzer, against the Philadelphia 76ers in Game 7 of the second round.

Dear Kawhi, Remember the "fun times" we had together in Toronto.
Yours truly,
The @Raptors pic.twitter.com/VXKXLlFgxn

This isn’t the first time Jacobs has recreated an amazing sports moment. He’s done it a number of times, and they’re all amazing:

This was the moment when @Dame_Lillard officially got me on the @trailblazers bandwagon. I had to immortalize it in Lego. I hope this brings them good luck for the next round. #ripcity #legoluck pic.twitter.com/Uz9bI7sh9I

Another one from March Madness:

I'm ready for @marchmadness to begin. I had a little spare time so I decided to re-create the Jordan Poole buzzer beater with Lego. #madness pic.twitter.com/a8cEi1MmSD

How about some golf?

Some may remember John Daly's infamous play at the 8th hole of Pinehurst No. 2 during the 1999 #USOpen. If not, you can remember it here – in Lego form, by the great @goldyeller.@usopengolf @PGA_JohnDaly pic.twitter.com/P2jlu0s8ys

Merry Christmas @Tuaamann and @AlabamaFTBL I made this Lego video for you. #CFBPlayoff pic.twitter.com/wEAokZmHSO

He even recreated the JR Smith moment from the 2018 NBA Finals: