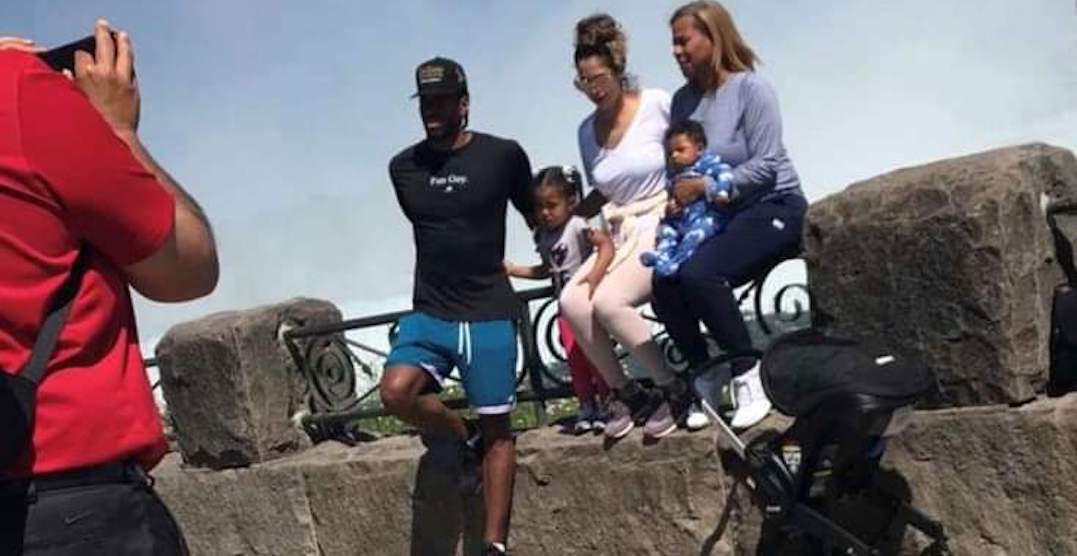 After days of non-stop celebration over the Raptors NBA championship win, Kawhi Leonard took a little getaway from the parties.

The MVP was spotted with family at Niagara Falls on Tuesday, taking in the sights under the bright blue sky.

Though being followed around by fans and their cameras is probably not the most relaxing thing in the world, the day certainly looked more chill than Monday’s parade in Toronto.

Hopefully the fun guy had a fun time.

Kawhi Leonard spotting in #NiagaraFalls 👀
Hey Kawhi, if you need a place to ball while you’re here we’ve got you covered at The Niagara Falls YMCA 🏀⛹️ #WeTheNorth #Raptors pic.twitter.com/gQ8HDqh2ee

Guess who is here? #funguy #KawhiLeonard is here on Clifton Hill Fun by the Falls #raptors #wethechampions #wethenorth pic.twitter.com/qfJYT1sEcu

Kawhi Leonard being followed by hundreds of Fans in Niagara Falls. pic.twitter.com/PrXAZBdJnO