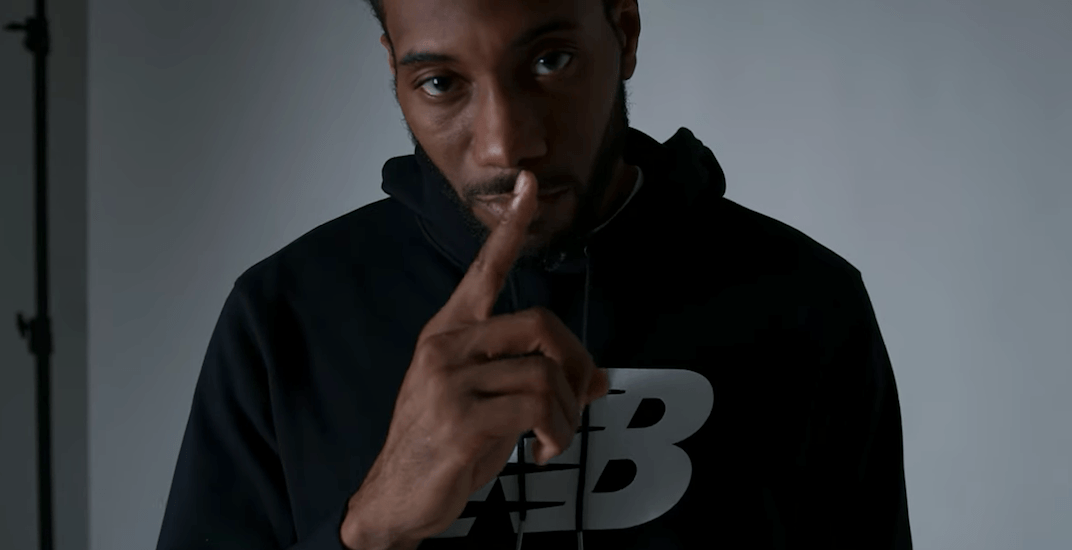 While the basketball world waits to see which team Kawhi Leonard will choose in free agency this summer, he’s already switched teams with his endorsement deal.

The Toronto Raptors All-Star has left Jordan Brand, who were paying him $500,000 per year. Leonard reportedly turned down a four-year, $22 million extension to stay with the shoe giant last March, making him a free agent in the shoe world.

Although the exact sum hasn’t been revealed, it’s safe to say they are paying him handsomely.

Basketball players earn big money for performing on the court from their respective teams, but they can also earn rich endorsement deals off-court as well.

Other NBA players with huge endorsement deals (according to Forbes):

Leonard is featured in a new video produced by New Balance, highlighting his understated, no nonsense approach.

New Balance will reveal their new basketball shoe at NBA All-Star Weekend this Friday, Saturday, and Sunday in Charlotte.