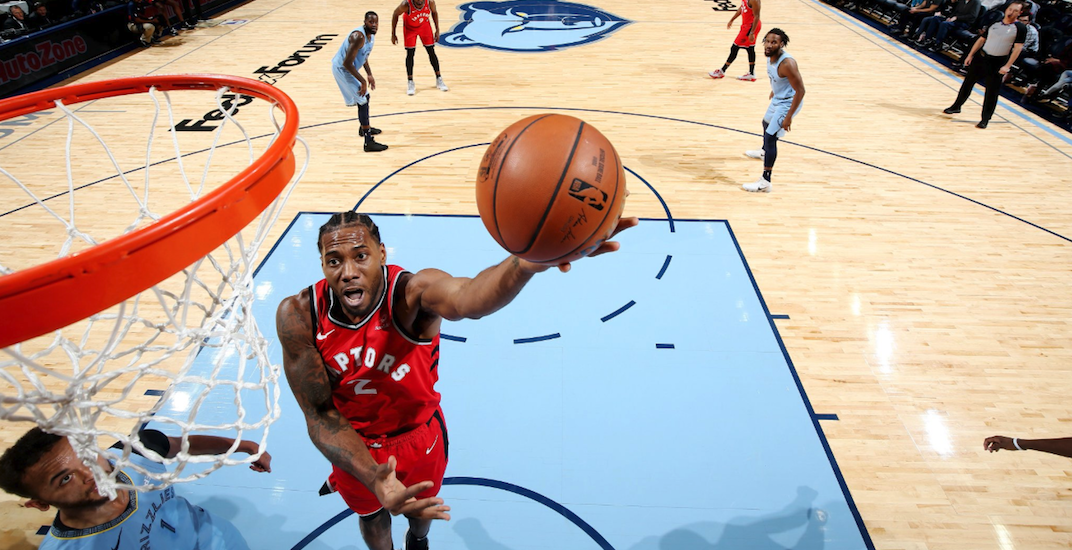 Kawhi Leonard has agreed to a multi-year endorsement deal to become the “face of New Balance basketball,” according to a report from Yahoo Sports’ Chris Haynes.

The Toronto Raptors superstar previously earned $500,000 per year with Nike’s Jordan Brand. He reportedly turned down a four-year $22 million extension from the shoe giant in March, making him a free agent in the endorsement world.

Safe to say he’s in line for a big payday with New Balance.

Leonard has helped turn the Raptors from pretenders to contenders. Averaging 24.3 points, 3.1 assists, and 8.6 rebounds per game, Kawhi is his team’s unquestioned leader on the court, helping the Raptors to a league-best 18-4 record.

The best NBA players have huge salaries paid by their teams, supplemented with big money in endorsements paid by other companies.

Leonard will earn north of $20 million from the Raptors this season, and will get more in free agency next summer to put him closer to the top of the league leaders. Golden State’s Stephen Curry is the highest paid player in the league at $37.5 million.

But Kawhi likely won’t come close to the league leaders in endorsement money.

According to Forbes, LeBron James will earn $52 million this year from brands like Nike, Coca-Cola (Sprite), Beats By Dre, Kia Motor, Intel, and Blaze Pizza.