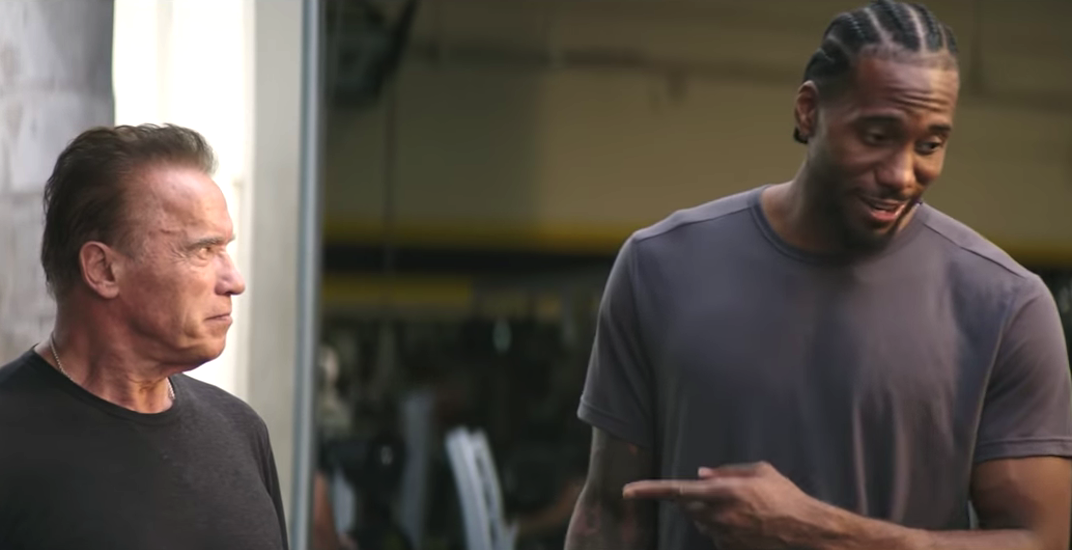 Ahead of the start of the NBA season tonight, Paramount Pictures has released the most hilarious ad for a Terminator movie you’ll ever see.

Featuring Kawhi Leonard and Arnold Schwarzenegger, the commercial begins with the pair meeting up in the gym. As Arnold pumps iron, he stops to say hello to Kawhi.

“It’s good to see another Terminator!”

Watch it in full here:

“You have zero emotions. You feel no pain, you have no mercy,” Arnold tells him.

The only thing better than hearing Kawhi say “Hasta la visa, baby,” is Arnold dropping a “What it do, baby?”

The Raptors will raise their championship banner ahead of tonight’s game against the New Orleans Pelicans on Sportsnet One (8 pm ET / 5 pm PT). The second half of the doubleheader features Kawhi and the Clippers against LeBron James and the LA Lakers on TSN (10:30 pm ET / 7:30 pm PT).