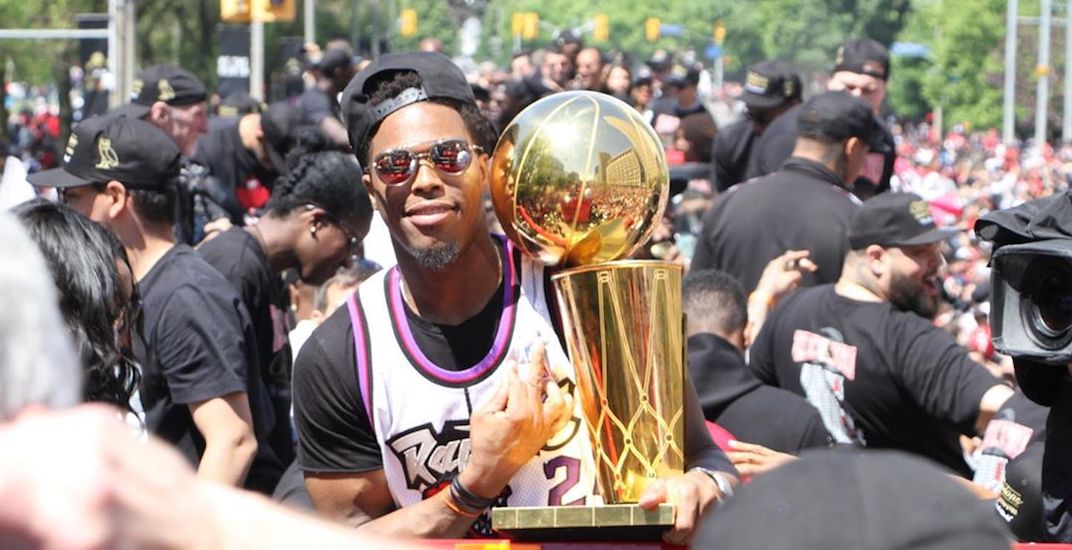 Tuesday night is sure to be a special one for the Toronto Raptors.

Opening the 2019-20 season as defending champions, the Raptors will raise the NBA championship banner to the rafters at Scotiabank Arena before their first game against the New Orleans Pelicans.

Fans are being encouraged to be in their seats early for the 8 pm ET game, as the championship ceremony will begin after 7:15 pm. According to a pair of reports, fans will receive replicas of the championship rings the players will get.

As some of my colleagues have noted: if you're going to Tuesday night's opener, be there early! Ceremony (banner, rings, etc.) is scheduled to begin just after 7:15pm. All fans in attendance will receive an exact replica of the rings Raptors players are getting.

If you're coming down for the Raptors home opener Tuesday, you'll want to be in your seat by 7:15. The ring and banner ceremony starts at 7:25 and fans walking in will get replica championship rings that, if they're anything like the real things, could become collector items.

Toronto will get a break in their opener, as first-round pick Zion Williamson won’t play for New Orleans due to an injury.