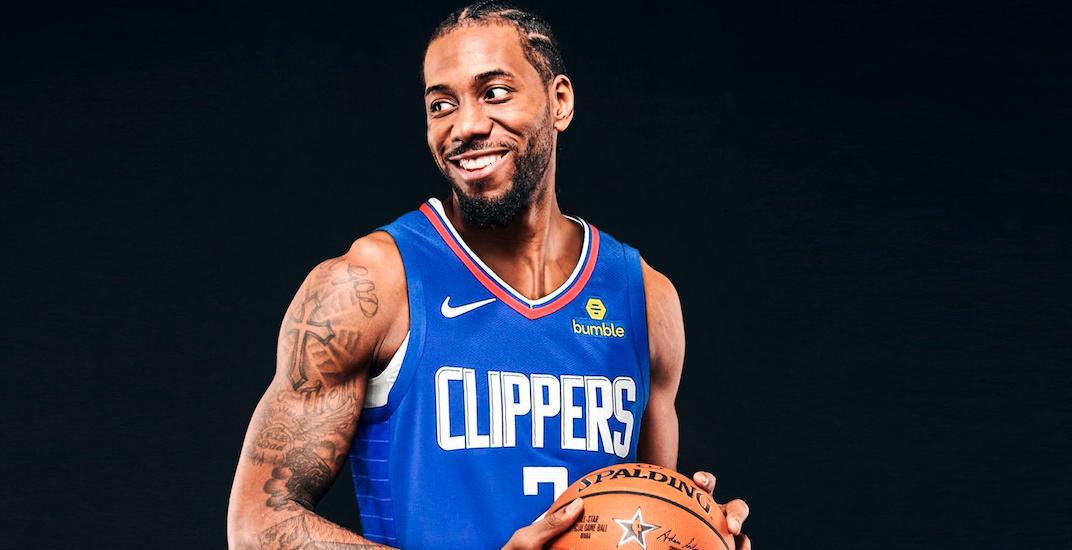 On Tuesday, the NBA confirmed Daily Hive’s reporting that the Los Angeles Clippers and Dallas Mavericks will play a preseason game at Rogers Arena on October 17.

It’s the fifth time in six years that the NBA Canada Series has visited Vancouver, but for the first time, it won’t feature the Toronto Raptors. As in previous years, the preseason game will be accompanied with “feature fan events, NBA legend appearances, and an NBA Cares program,” the league says.

The Raptors have played in front of enthusiastic crowds every time they’ve come to town, selling out games against the Sacramento Kings (2014), Clippers (2015), Golden State Warriors (2016), and Portland Trail Blazers (2018).

While the Raps not visiting will be a disappointment for some, — after winning an NBA title they’ve never been more popular on the west coast — getting to see Kawhi Leonard’s new team will be sure to generate a lot of buzz.

Kawhi played three of Toronto’s five preseason games last year, including the Raptors’ visit to Vancouver, so worries about this being a ‘load management’ opportunity are unfounded. The only games he sat out last preseason were against a non-NBA opponent from Australia and a road game in New Orleans on the second half of a back-to-back.

We don’t yet know what the Clippers’ schedule looks like, but barring a home game the night before at Staples Center, it’s fair to expect Kawhi to show up. If he does, he’ll likely be greeted by a standing ovation.

But Kawhi isn’t the only NBA star that should take to the floor that night.

The Clippers are NBA title favourites, with newcomer Paul George also in the fold. The Mavericks are no slouch either, with 7-foot-3 centre Kristaps Porzingis and Rookie of the Year winner Luka Doncic on their roster.

“We are thrilled to be a part of the NBA Canada Series for the first time,” said Dallas Mavericks Head Coach Rick Carlisle. “Vancouver is a very special city and we look forward to playing in front of their great fans again.”

If previous NBA visits are any indication, tickets are sure to get snapped up fast.