The last business quarter of 2014 proved to be tumultuous for the downtown Vancouver retail landscape. A domino effect started after Sears Canada closed and the announcement that Nordstrom would be crossing the border and launching in spring 2015 in the coveted retail space at Robson and Granville. Loyal shoppers of Pacific Centre mall welcomed the announcement and speculation abounded about whether the presence of Nordstrom would encourage additional iconic fashion shops to open in the downtown core.

According to sources at Retail Insider, popular American fashion brand Kate Spade will open three more Canadian locations this year with the third being in Vancouver’s Pacific Centre. This will grow Spade’s Canadian store count from four to seven (including one at West Vancouver’s Park Royal), as well as two outlet locations. Job postings are viewable at popular networking website LinkedIn. 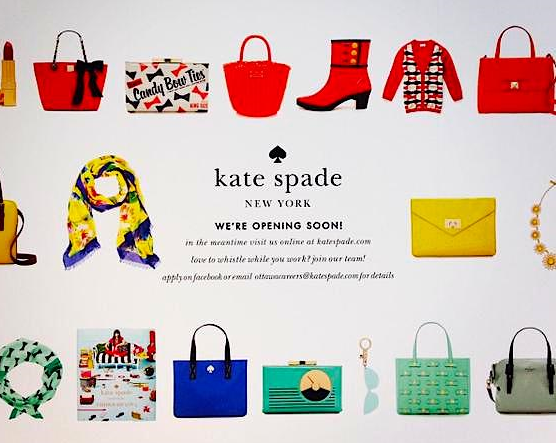 In May 2014, Retail Insider speculated that the recent closure by parent company Kate Spade of the Juicy Couture stores across Canada could see an influx of Kate Spade stores. The 3,500 sq. ft. former Juicy Couture space in Pacific Centre mall has been leased to a new tenant so the location will not be known an official announcement.

In January 2015, Kate Spade announced the closure of all the Kate Spade Saturday affordable womenswear stores and the 12 locations of Jack Spade menswear. “By taking these actions, we will be able to accelerate the fulfillment of our lifestyle brand vision, expanding our product categories and reaching customers in all facets of their lives, better positioning us to deliver on Kate Spade New York’s full potential,” CEO Craig Leavitt said.