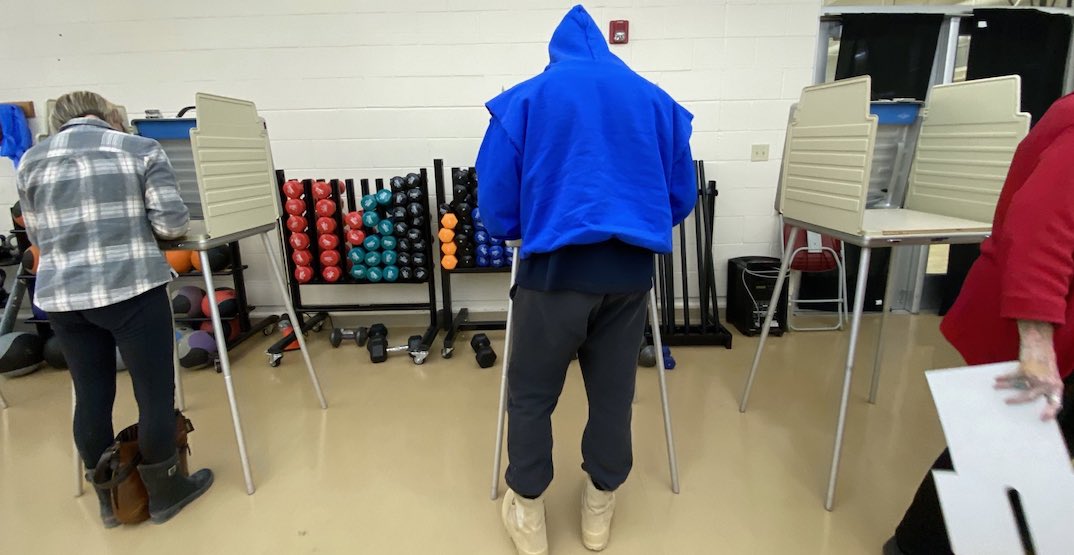 While most US citizens voted either for Joe Biden or Donald Trump, Kanye West voted for none other than himself.

The Chicago native shared videos of his ballot on social media, showing off his write-in choice of Kanye West and Michelle Tidball for president.

West first announced his intent to run in the 2020 US presidential election on July 4 through several Tweets.

“We must now realize the promise of America by trusting God, unifying our vision and building our future,” he Tweeted. “I am running for president of the United States!”

Kim Kardashian West, his wife, revealed on Twitter that she also voted Tuesday, although did not reveal who she voted for.

If you are in line when the hours of operation close at the polls, they are required to stay open and allow you to vote, so do not get out of line. pic.twitter.com/QXsU4JPdCw

She did retweet a note from Joe Biden’s running-mate Kamala Harris about voting concerns, leading some fans to speculate whether Kardashian West lended her support to the Democrats, who she was vocal about supporting last election.

Don’t allow anything to come between you and your vote. If you have any questions or concerns about voting, reach out to our voter hotline.