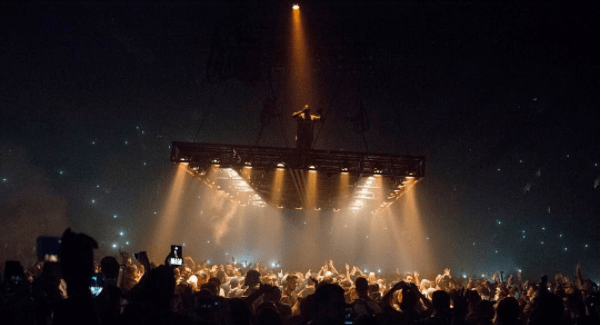 That is, after he cancelled two Vancouver shows on two separate tours.

Still, he made good on this one, and fans went wild as he performed songs from his album, The Life of Pablo.

Did you miss out? Check out these photos from his show at Rogers Arena below.

This is a God’s dream.

“We on this Ultralight Beam.” Last night was incredible! Plus this might be the only decent photo I got. #kanyewest #saintpablotour #vancouver

Saint Pablo in the house. #thetour

You know what the Midwest is?

this is a god dream.