Nearly 24 hours after news broke out over the postponement of his Vancouver concert, controversial American rapper Kanye West proposed to his reality star girlfriend Kim Kardashian without sparing any expense.

West surprised Kardashian on her 33rd birthday on Monday with an over-the-top marriage proposal. He rented San Francisco’s AT&T Park and hired a 50-piece orchestra to play Lana Del Rey’s “Young and Beautiful.”

He popped the question “Please Marry Me” onto the stadium’s jumbotrons for everyone to see, which included their families and friends, and then sang one of his own songs – “Knock Me Down.” To top it off, the ring was reportedly 15-carats and the proposal ended with a fireworks show.

Altogether, it should make for a very interesting episode of Keeping Up With The Kardashians as the proposal was filmed with multiple cameras for the reality TV show.

The couple first began dating in April 2012 and had a child together who was born in June 2013.

But it does beg the question, even with a child in the equation, how long will the engagement or [if it gets that far] marriage last? Engagements and marriages within the celebrity circles and Hollywood are notoriously precarious and often short lasting. For the Kardashian family, only one marriage out of eleven has not ended in divorce or separation.

West’s Vancouver concert was originally scheduled for Sunday evening. However, it was postponed just hours before the concert was set to start. According to sources, logistical issues and the border crossing from the Seattle concert the night before led to the postponement scheduled for October 31 on Halloween. The short notice change riled fans with some traveling to Vancouver on Sunday from places as far as Halifax while many others already have Halloween commitments. 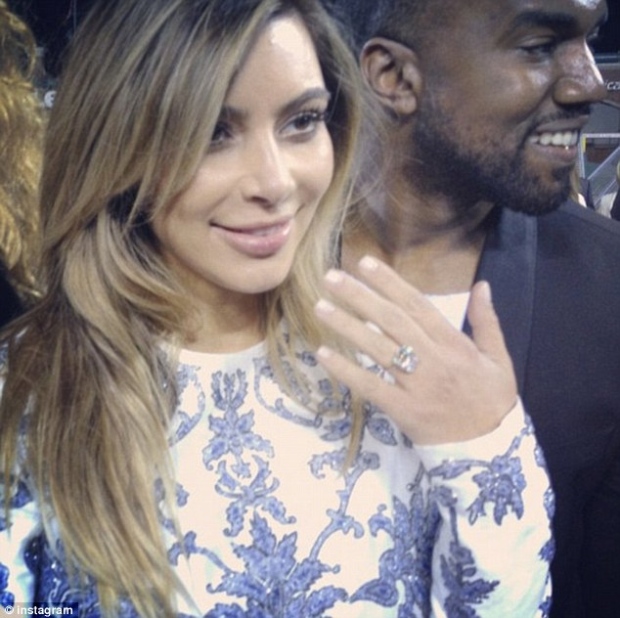 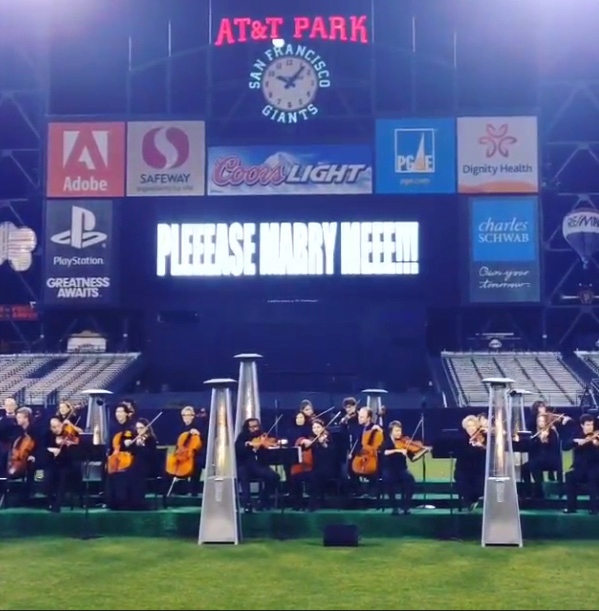