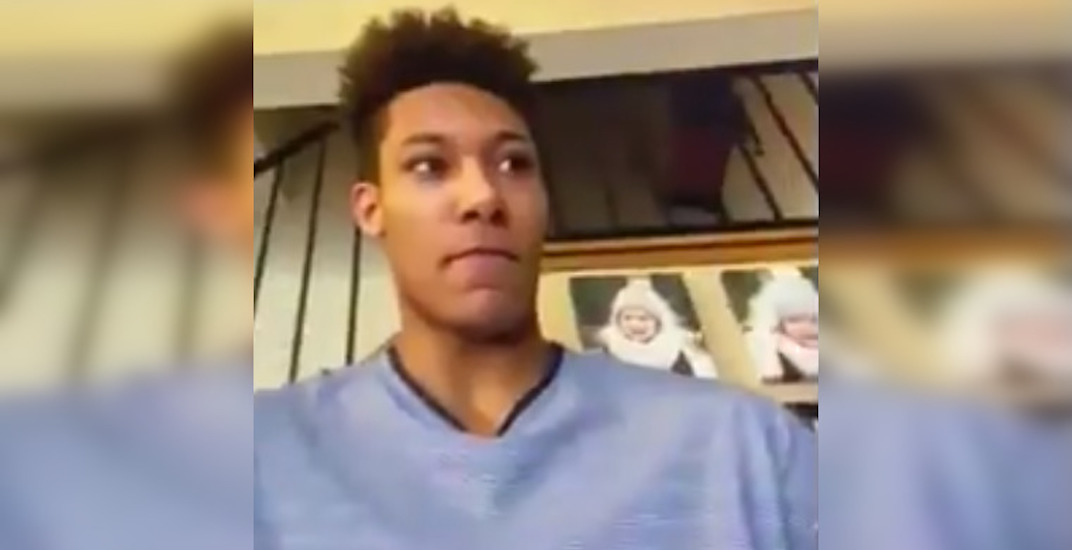 The New York Rangers and the National Hockey League have issued statements after a video chat with 20-year-old prospect K’Andre Miller was “hacked” by someone who posted racial slurs in the accompanying chat box.

Get ready for the future.

See you at 3 PM! pic.twitter.com/oPtayAeATZ

The video call was meant to be a way for Rangers fans to get to know the team’s first-round pick from the 2018 NHL Draft.

“The National Hockey League is appalled that a video call arranged today by the New York Rangers to introduce their fans to one of the League’s incoming stars, K’Andre Miller, was hacked with racist, cowardly taunts,” the NHL said in a statement. “The person who committed this despicable act is in no way an NHL fan and is not welcome in the hockey community.

“No one deserves to be subjected to such ugly treatment and it will not be tolerated in our League. We join with the Rangers in condemning this disgusting behaviour.”

“We held an online video chat with fans and New York Rangers prospect, K’Andre Miller, during which a vile individual hijacked the chat to post racial slurs, which we disabled as soon as possible,” the Rangers said in a separate statement. “We were incredibly appalled by this behaviour, which has no place online, on the ice, or anywhere, and we are investigating the matter.”