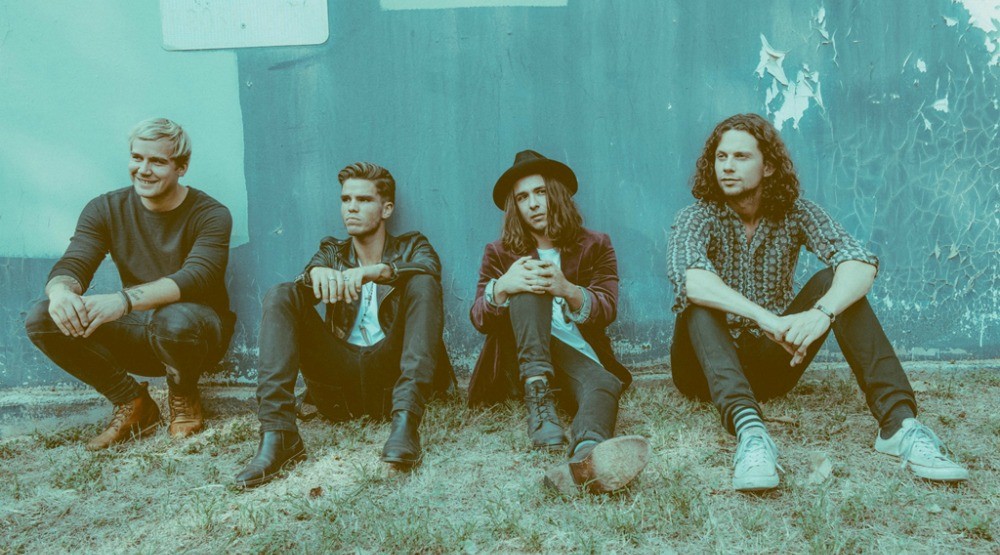 Icelandic-American band Kaleo is heading to Vancouver on April 4.

The band has a split personality in sound, coming from its Icelandic heritage and American inspiration.

Kaleo started in Iceland when bandleader JJ Julius Son, drummer David Antonsson, and bassist Daniel Kristjansson began playing together at age 17. They added Rubin Pollock as a guitarist in 2012, and played a couple of shows at the Icelandic Airwaves music festival.

In 2015 the band moved to the United States, settling down in Austin, Texas, to work on their debut album. Kaleo called the album A/B – homage to Julius Son’s love of the two sides on vinyl records, and a reference to the duality shown by the band.

“I write very different songs that many would like to label into different genres,” Julius Son says. “The idea of A/B is to show the diversity and the two sides of the band.”

Side A of the album sounds more like blues or rock and roll, while the B side is softer, featuring ballads and folk sounds.

Kaleo will be playing hits from this album at their upcoming concert at Vancouver’s Orpheum Theatre. Tickets will be available through Live Nation from 10 am on November 18, but one Daily Hive reader can get their pair for free.

To enter for your chance to win two tickets to see Kaleo in Vancouver on April 4, do at least one of the following:

3. Leave a comment below telling us your favourite Kaleo song (1 entry)

Contest entries will be accepted from the time and date of publishing until 11:59 pm on December 01 2016. One winner will be chosen at random and contacted through the platform they used to enter.

Tickets: Available from $25 to $35 through Live Nation starting November 18