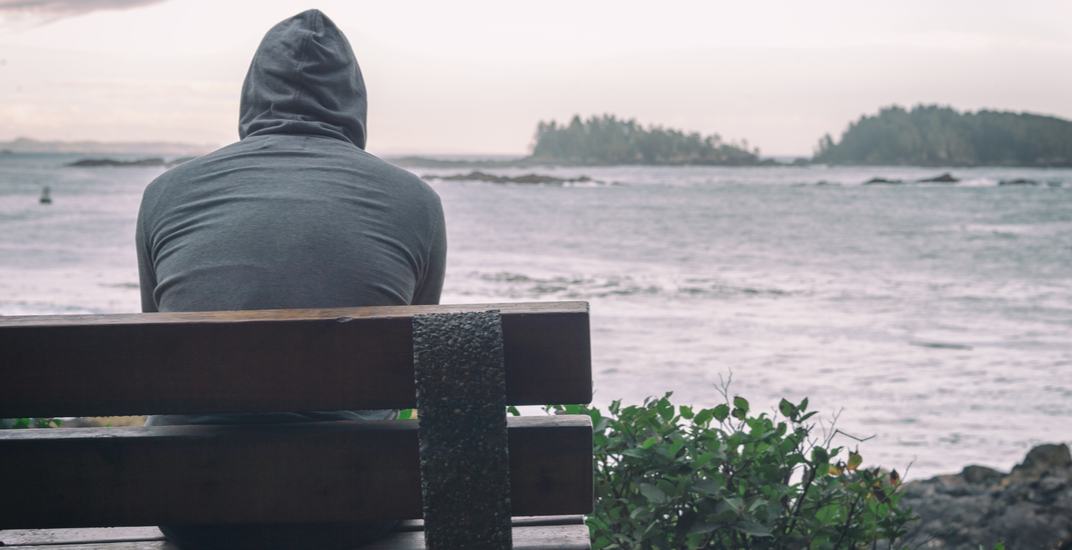 Man sitting on a bench/Shutterstock

This article was written for Daily Hive by Kaleb Gabriel Zedner.

Mental illness is a disease that can strike anybody in the whole world. It doesn’t matter if you’re the richest man in town or the baddest crack addict on Hastings. It doesn’t care if you’re young or good- looking.

I first experienced mental illness when I was eight years’ old. I was a troubled kid – anxiety, ADHD. I went to a small one-room Christian school in Oliver that catered to kids who were runaways or had alcoholic parents. One day I was told to stand in the corner. Every day for a month I had to stand in the corner. That was when I had my first nervous breakdown. I felt so ashamed and isolated. I came home one day and told my mom I wanted to kill myself.

My mom was a single parent and she always tried to do her best for me. She put me into a public school and I transitioned well. I started to play hockey and I was good at it.

We moved to Cloverdale when I was in grade six. My mom met a man and he didn’t really like me. I had very feminine features and he would tease me and tell me that I looked like a girl. He called me a fag. I would ask him, “What if I am gay? How would you treat me then?”

I went from having all these friends at school to not fitting in so I started hanging around with the wrong group. In grade eight I began to hang out with the drug addicts and do lots and lots of acid.

I was a heavy-using crack addict by the time I was in my early teens. I sold fake drugs so I’d have money to get high and ended up in jail. I’ve been in and out of rehab since then – until I came to Coast Mental Health’s recovery program at Riverview. Coast is 100% different. They don’t point a finger at you and say this is what you have to do. They give you the support and resources and they ask you what you can bring to the table. It’s a matter of wanting it.

I met my best friend, Rypien, here. Rypienis part Pit Bull, part Rhodesian Ridgeback. When I met Rypien, I was immediately drawn to him. I asked his owner, who works here, how do I get to hang out with him? She let me walk him and now Rypien and I hang out all day. 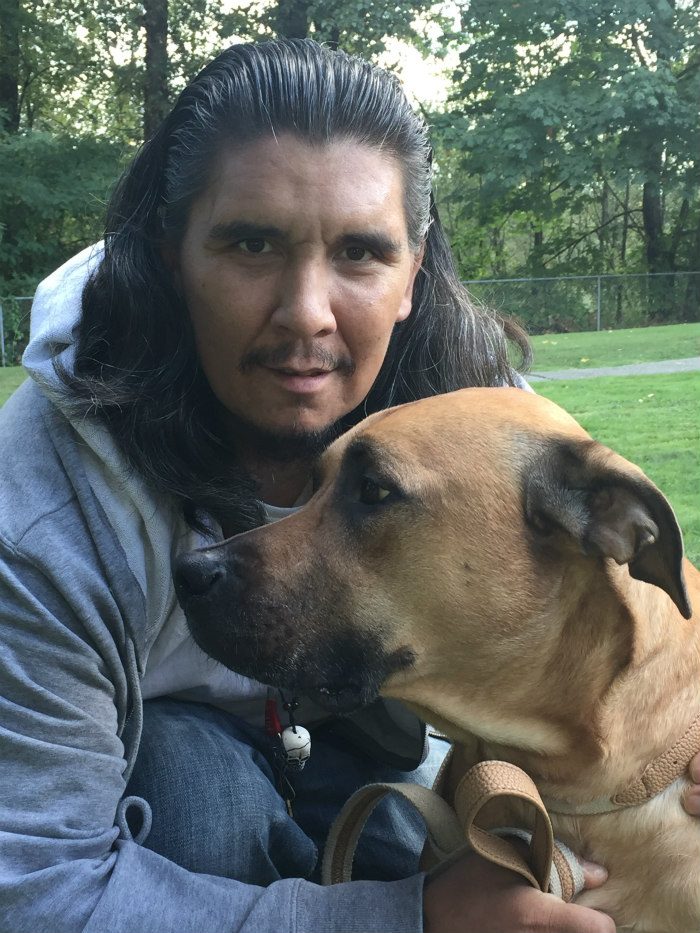 To me, having good mental health means I have purpose. I don’t feel like I’m flying by the seat of my pants. Good mental health is optimistic and energetic. It’s wanting to include others in your life and not being afraid to be vulnerable.