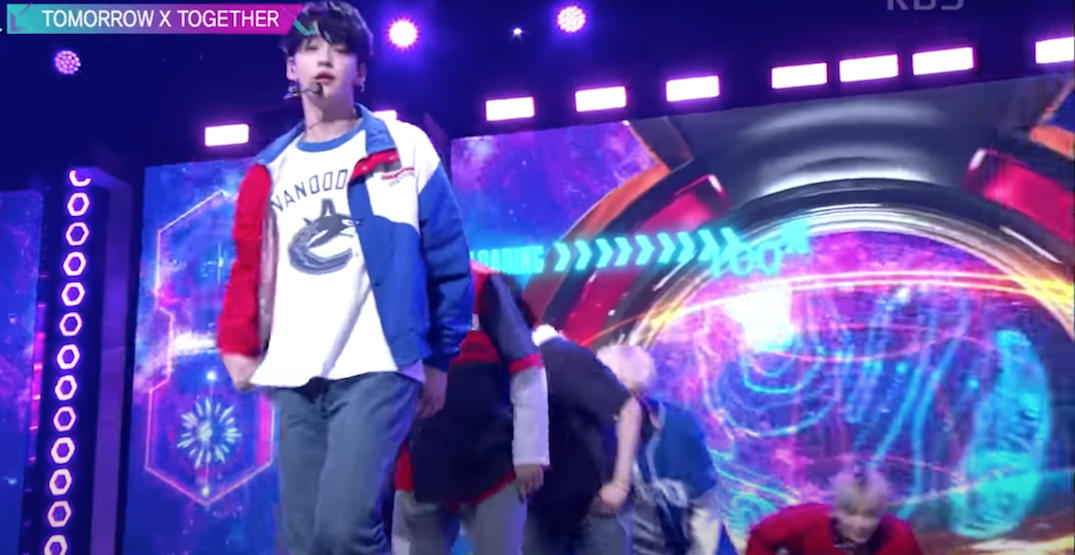 The Orca logo may not be the most popular design in the eyes of every Vancouver Canucks fan, but it’s hip enough for one of the hottest bands in K-pop.

A misspelled Canucks T-shirt made it onto South Korean television recently, when a member of the popular boy band Tomorrow X Together (TXT) rocked it during a performance on KBS World TV.

The Canucks logo displayed was actually an outdated one, as the team removed the “Vancouver” word-mark from their logo and jerseys in 2019 — though to be fair, TXT didn’t technically have the Vancouver word-mark either.

TXT member Soobin rocked the Canucks shirt, with Reddit user WarioRoks spotting a spelling error. Instead of Vancouver, “Vanooovbr” appeared on the top of Soobin’s T-shirt.

Perhaps the spelling error was on purpose, as Soobin wasn’t the only one of his bandmates wearing an altered shirt.

Also seen during the performance was a misspelled Kansas City Chiefs T-shirt, as well as a top with jumbled-spelling of Under Armour.