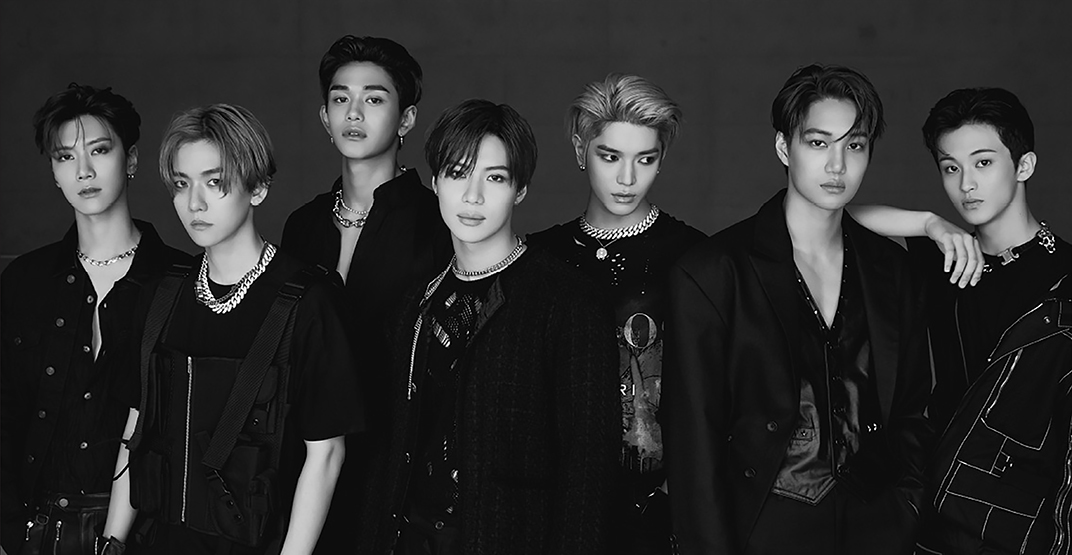 K-pop fans, SuperM is coming to Vancouver next year.

The supergroup is slated to perform live at Rogers Arena on Thursday, February 6 during their We Are the Future Live. Kicking off on November 11 in Fort Worth, Texas, the tour will see the group stop in Chicago, Atlanta, New York, San Diego, LA, San Jose, and Seattle before they arrive here in the city.

SuperM is made up of seven members: Taemin from SHINee, EXO’s Baekhyun and Kai, NCT 127’s Taeyong and Mark, and Ten and Lucas of Chinese band WayV. They have sold over 14 million adjusted albums globally and amassed almost four billion online video views in their respective musical careers.

The We Are the Future Live marks their first tour together, and The 1s Mini Album SuperM is now available for pre-order.

Tickets to SuperM’s Vancouver concert are on sale now, starting at $50 via Ticketmaster. However, you could win two free tickets to the show below!

To enter for your chance to win two tickets to Super’s We Are the Future Live live at Rogers Arena on February 6, 2020, do at least one of the following:

Contest entries will be accepted from the time and date of publishing until 11:59 pm on October 29, 2019. One winner will be chosen at random and contacted through the platform they used to enter.

SuperM: We Are the Future Live