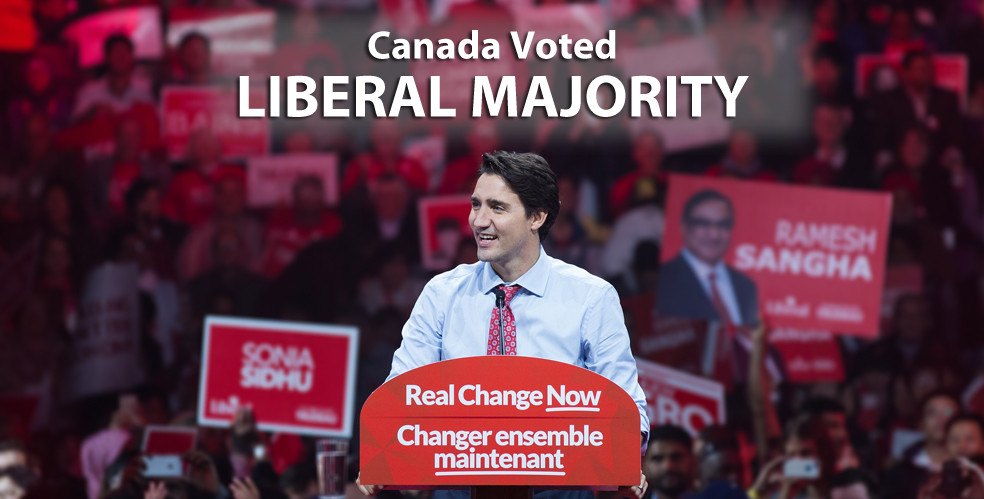 The three month political campaign was the longest in Canada since the 19th century. The Liberals have walked away with over 170 seats of the 338 seats.

The 43-year-old, who turns 44 in December, has won a majority in not just across Canada but also in Quebec. The last time this happened was in 1980, when his father Pierre Elliott Trudeau won the election.

Trudeau has also been re-elected in his Montreal riding of Papineau, winning with nearly 52 per cent of the vote.

While Harper has failed to retain his position as the Prime Minister, he has been re-elected as MP in his riding of Calgary Heritage, winning with nearly 64 per cent.