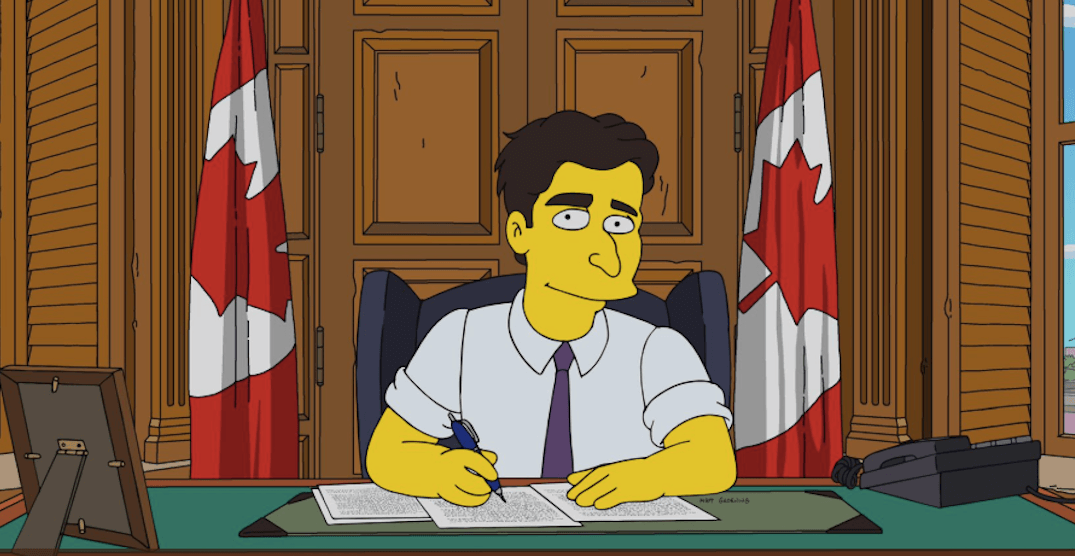 It won’t be the first time The Simpsons have ended up in Canada, but a new episode airing this Sunday will include a portrayal of Prime Minister Justin Trudeau.

And while it won’t actually be Trudeau himself voicing the character, it will be another Canadian in the form of journalist Lucas Meyer.

Meyer tweeted the news on Monday, April 22, noting that it was a YouTube video of him doing a number of different impressions that “somehow” led to this opportunity.

I will be a guest voice on @TheSimpsons this Sunday as Prime Minister Justin Trudeau.

In Nov 2017 I put together an impressions video https://t.co/D548zZNx7g for family and friends and it somehow led to this #cdnpoli 1/3 pic.twitter.com/8UZADrngnj

The episode, entitled “D’oh Canada,” revolves around Lisa accidentally being granted political asylum in Canada during a family trip to Niagara Falls.

Meyer’s impression of Trudeau begins at the 41-second mark of this video: