Yesterday, a crowd of two hundred excited Liberal supporters, MLAs, and candidates got some first-hand words of encouragement from a Prime Ministerial hopeful.

Justin Trudeau, leader of the Liberal Party of Canada, visited the campaign office of Terry Beech, Liberal candidate for the riding of Burnaby North-Seymour, during an appreciation event for Liberal volunteers.

“Thank you so much,” said Trudeau, to the cheering volunteers. “Not just for coming out today, but for everything you’ve done. You in this room are amongst our most dedicated volunteers.”

Liberal Party volunteers recently marked their one millionth door knock as part of their efforts in the run-up to this year’s federal election. Speaking of his thankfulness for their support and dedication, Trudeau added an appreciation for their hope for honest, transparent politics.

“You’re the people who understand that politics needs to be about drawing people in, about reaching out door to door, making phone calls, connecting people once again with an optimistic vision of this country,” he said.

“[One] that doesn’t focus on knocking down our opponents, but instead focuses on a plan for real change, to bring fairness back, bring balance back, and most importantly bring our trust in our government back.”

Trudeau and the Liberal Party currently sit at 28 per cent in the polls, sitting behind the NPD at 34 per cent, and just ahead of the Conservative Party’s 26 per cent. 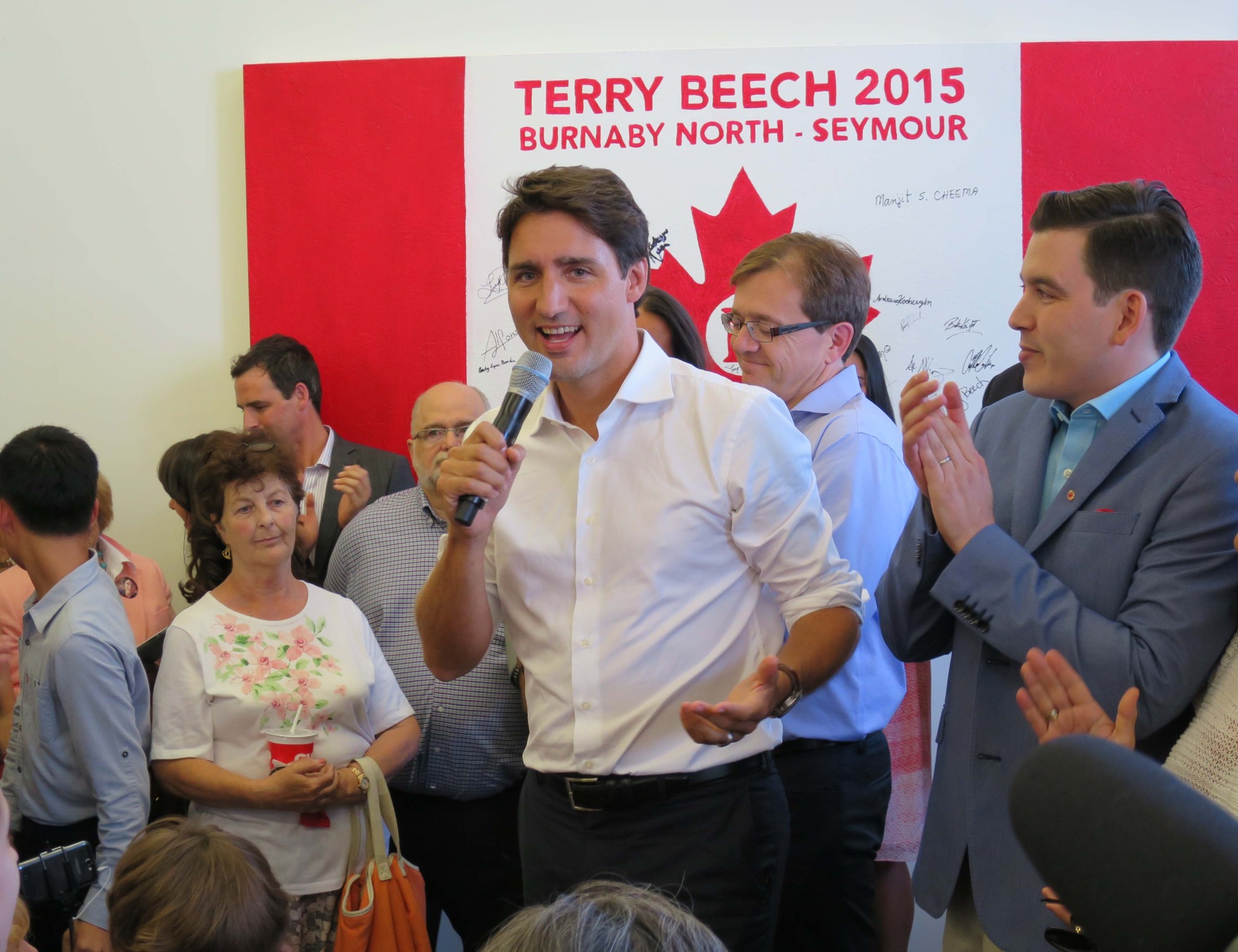