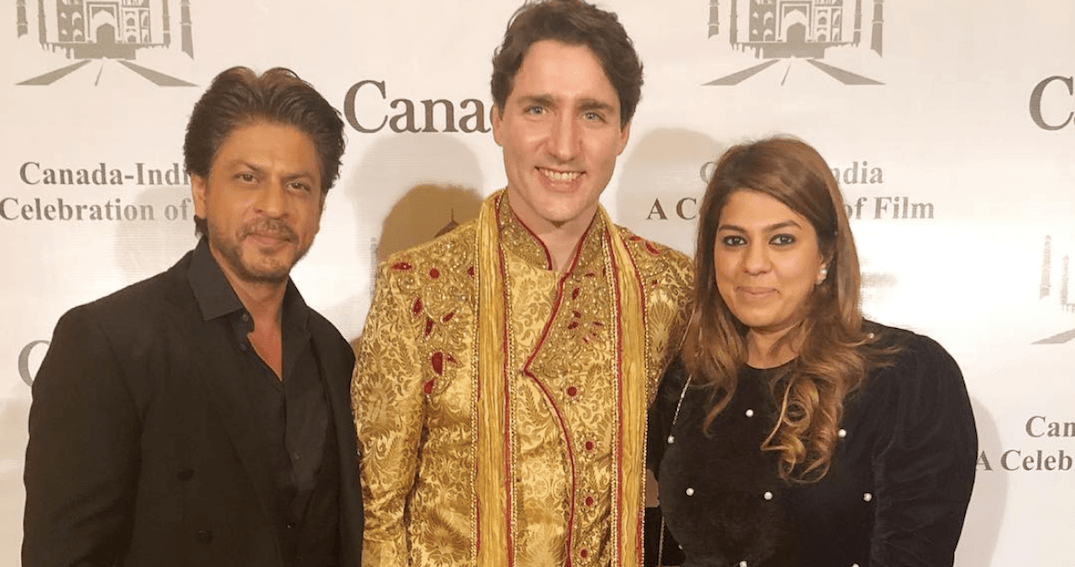 Prime Minister Justin Trudeau is currently in India with his family and they are getting the full tourist experience.

Besides visiting the country’s beautiful and historic monuments and landmarks, the Trudeaus also got a chance to meet India’s Bollywood national treasure, Shah Rukh Khan.

Not sure who Khan is? Simply put, he’s Bollywood’s biggest star. Think India’s version of Brad Pitt, Tom Hanks, Tom Cruise, George Clooney, and Leonardo DiCaprio –but all as one person. Khan has acted in over 80 Bollywood films and is known as the “King of Bollywood.”

The Trudeaus dressed in some very fancy Indian attire  (Trudeau wearing a traditional sherwani and Sophie-Gregoire looking elegant in a sari) and posed for pictures with Khan at a film event in Mumbai. Trudeau was also accompanied by Canadian ministers Amarjeet Sohi and Harjit Sajjan.

Busy evening in Mumbai with @JustinTrudeau and @IamSRK celebrating leaders in both business and film!

While Trudeau’s trip has been full touristy moments, he announced a partnership on Tuesday worth more than $1 billion in investments between Canadian and Indian companies, which the government says will lead to the creation of more than 5,800 “well-paying middle-class jobs for Canadians.”