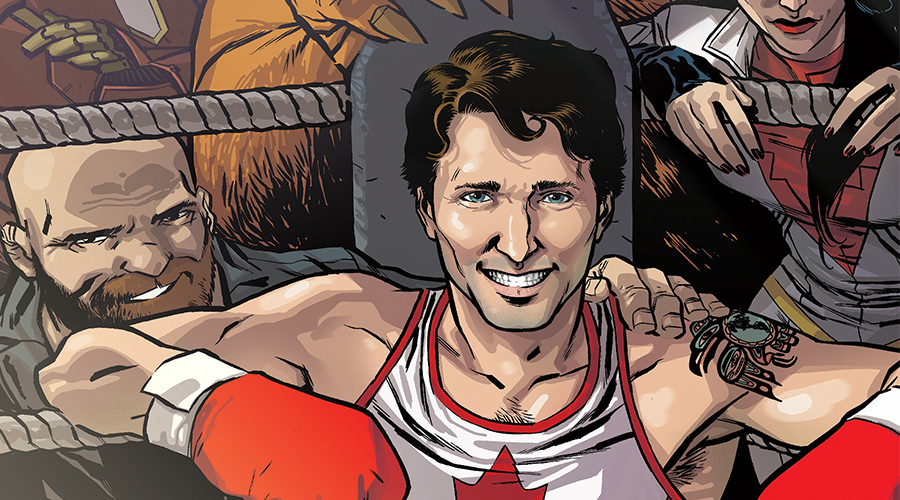 Prime minister? Superhero? Marvel is blurring the lines by featuring Justin Trudeau on the cover of their August 31 issue of Civil War II: Choosing Sides.

In the storyline, Iron Man and Captain Marvel fight against each other over a moral quandary that’s set at the heart of Civil War II. The members of Alpha Fight – Puck Aurora, and Sasquatch – have to decide which side to take and seek advice from their old boss, Justin Trudeau.

The alternate cover depicts Trudeau in the corner of a boxing ring with a Canadian flag tank top, red boxing gloves, his famous First Nations tattoo, and a smile spread across his face. 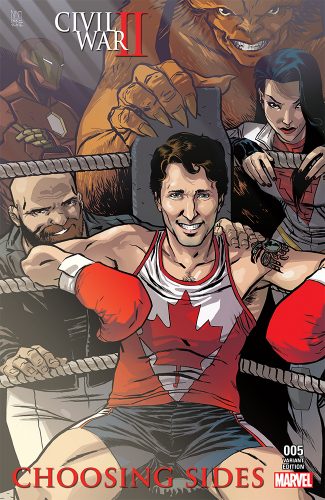 Perez tells Daily Hive that Marvel’s idea was to have Trudeau in a suit and tie, but he had other plans.

“He’s a unique individual, so why not add a little more personality than just a regular political image,” he says. “Originally I was going to do him topless in the ring, but Marvel editorial was like ‘well, why don’t we throw a shirt on him?’ But it was the perfect spot for the maple leaf so it worked out well.” 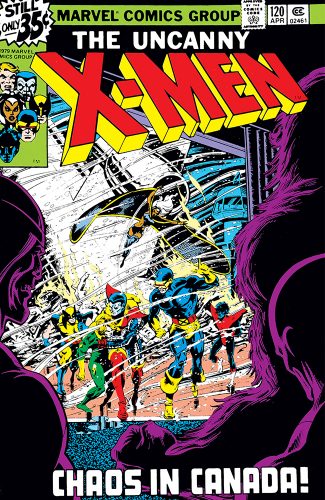 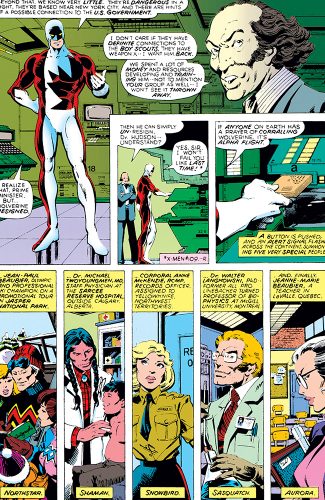 Fans can pre-order issue number five of Civil War II through their local comic book stores, or a digital copy at comicstore.marvel.com.