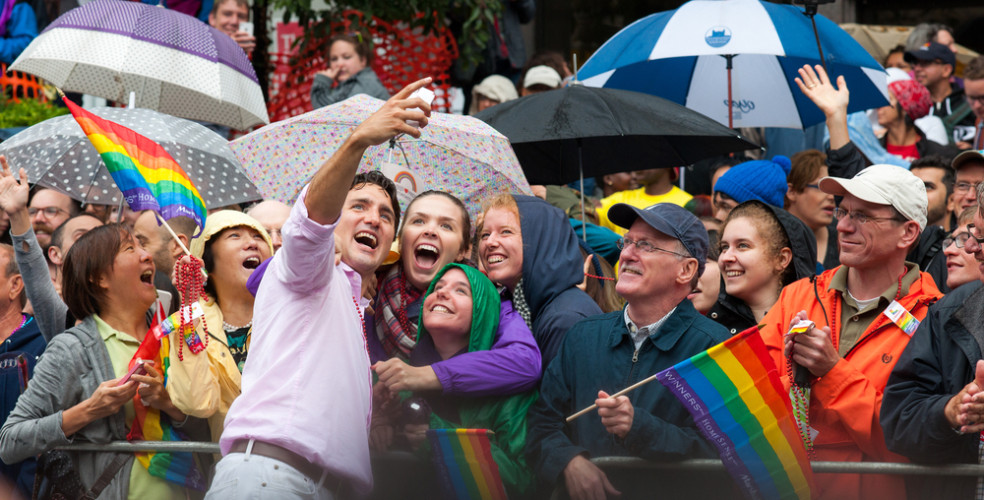 This will be Trudeau’s third Vancouver Pride parade, but his first time marching as the Prime Minister of Canada.

We are excited to announce that @JustinTrudeau will be joining us for his third Vancouver Pride Parade in 2016! #bettertogether #vanpride16

It was announced in February of this year that he would also be marching in Toronto’s Pride Parade on Sunday, July 3.

Trudeau has been taking part in various Pride festivities this year to call attention to the needs of the LGBTQ community. On June 1, he assisted openly gay Liberal MP Randy Boissonnault with raising the Pride flag on Parliament Hill for the first time in Canadian history.

Trudeau said there’s no better way to celebrate Pride than by raising the flag on Parliament Hill, and mentioned Bill C-16 which seeks to add gender identity and expression to Canada’s Human Rights Act.

“Trans rights are human rights,” said Trudeau. “I am so proud to be here today and I am looking forward to being the first prime minister to attend Pride parades across this country.”