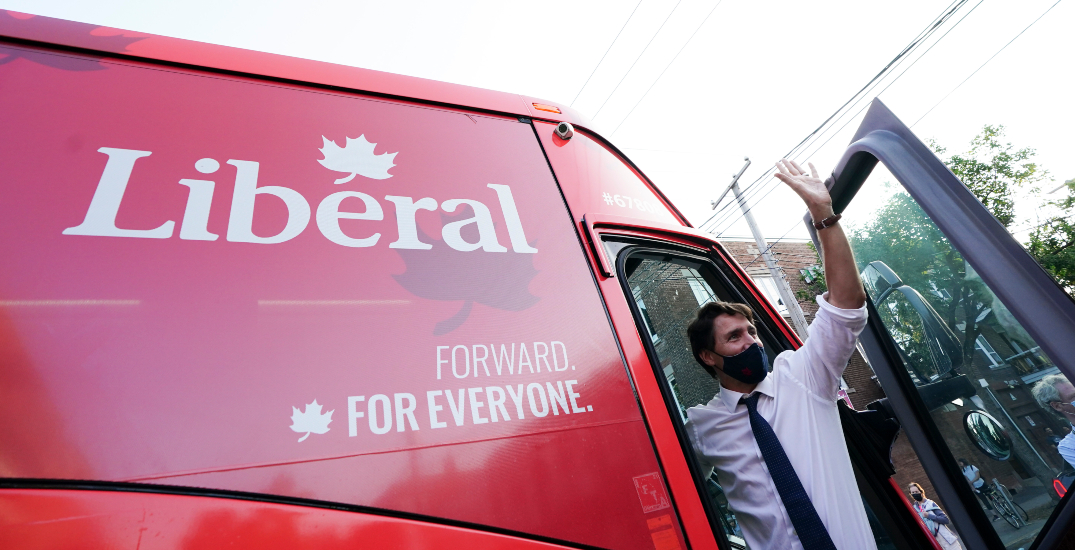 A re-elected Liberal government is promising to extend federal pandemic aid to help companies rehiring workers through until the end of next March.

It was the second day in a row Trudeau held an event at a business that has benefited from some of the federal pandemic financial supports provided by the Liberals since March 2020.

Trudeau said the Liberals would extend the Canada Recovery Hiring Program that covers up to half the wages of rehired workers.

“For hard-hit businesses who get the workers they need, to workers who get the jobs they need to support their families, this is a win-win,” he said.

“From Day One, we focused on having your back, because that’s what we’ve always stood for.”

Trudeau is also promising targeted support for the tourism and arts industries hit hardest by the pandemic.

Tourism companies would get additional wage and rent supports to help them get through the winter, while Trudeau says a Liberal government would match ticket sales for performances to compensate for pandemic restrictions on venue capacity.

Canadians have worked too hard to see change since the Harper government era to settle for what the Conservatives are offering, Trudeau said.

The Tories would cut the programs that families, workers and businesses rely on, he said.

“These are the same people who won’t commit that all of their candidates will be fully vaccinated. That approach won’t protect Canadians or create jobs.”