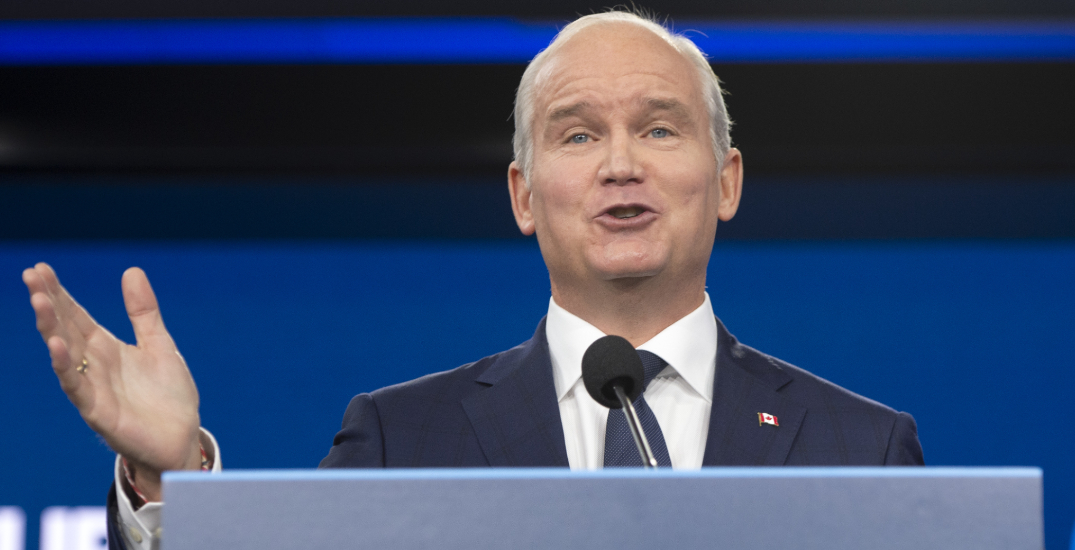 Erin O’Toole is out of the gate early with the Conservative platform, laying down the planks on the second day of the federal election campaign with a focus on jobs and economic growth.

In a slick 162-page magazine-like document replete with images of families, medical professionals, and a T-shirt-wearing O’Toole on the cover, the Tory leader highlights his pledge to restore within a year one million jobs lost to the pandemic.

The platform bills the cross-armed O’Toole as “the man with the plan.'”

“This election is about who you think can get us out of the recession and rebuild the economy. Who do you think can secure the future for all Canadians,'” O’Toole said from the stage of the party’s downtown Ottawa hotel-based broadcast studio.

O’Toole criticized the Liberals, NDP, Bloc Quebecois and the Greens as big spenders who are more obsessed with their image than inflation.

“Because of them COVID-19 has made the rich richer and the poor poorer.”

He says a Conservative government would ease affordability problems for struggling families by revving up the economy alongside a balanced budget by 2031, and would scrap all Liberal government child-care funding deals with the provinces in favour of a refundable tax credit of between $4,500 and $6,000.

O’Toole also promises to toughen anticorruption laws in a bid to paint the Liberal government as back-scratching “insiders,'” on top of ramping up mental-health funding for provinces and reviving made-in-Canada pharmaceuticals.

The set of commitments bolsters the Conservatives’ national “recovery plan'” from March, but the party says the platform will not be costed until the parliamentary budget officer provides an estimate in the coming weeks.

The Tories, who have yet to board a campaign bus, are the first party to unveil a full platform ahead of the election on September 20.