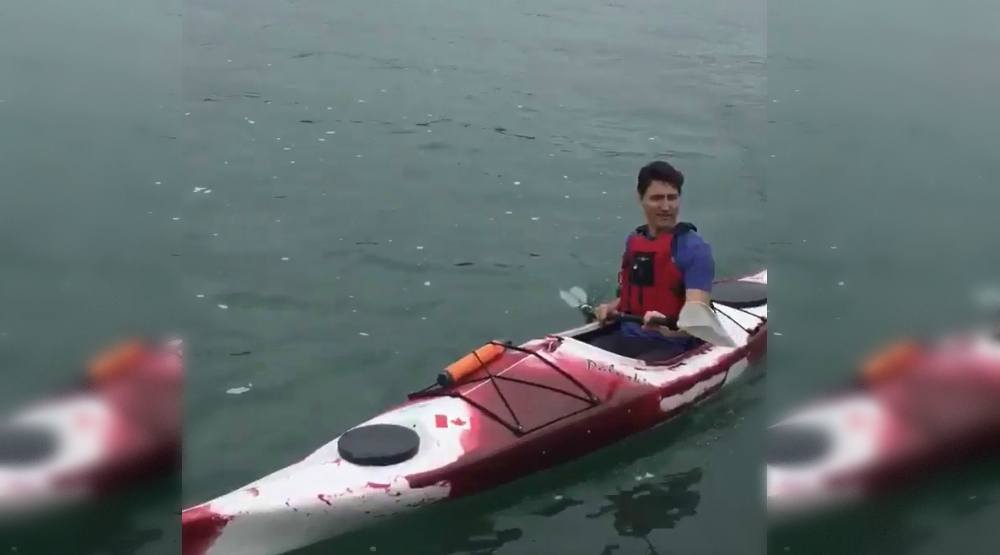 Justin Trudeau has had a busy Monday.

After appearing on Live with Kelly and Ryan in the Niagara Region, the Canadian Prime Minister paddled the Niagara River to celebrate World Environment Day.

“The theme for this year’s World Environment Day, ‘Connecting People to Nature,’ encourages us to get outdoors, appreciate the healthy ecosystems that contribute to our well-being, and do our part to protect the planet we share,” said Trudeau in a statement earlier today.

And in the most Trudeau manner, while on the water with Minister for Environment and Climate Change, Catherine McKenna, he casually kayaked up to a residence and chatted with the homeowners.

Carrie Robinson posted the video on Twitter, which starts with someone saying, “He is coming here,” before going on to show a full, friendly conversation between Robinson’s parents and the PM.

In just a few hours, the video has already been retweeted over 2k times and liked over 5k times.

If you’ve ever wondered what it’s like to have the Prime Minister kayak toward you, here’s a look.

Justin Trudeau just kayaked up to my house and talked to my parents? classic pic.twitter.com/gktVekiTMZ